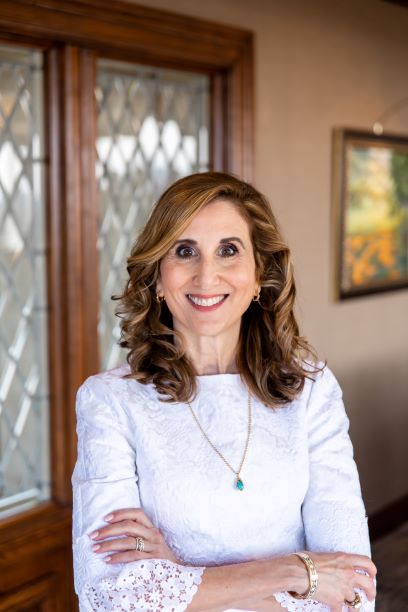 When Sherry Louis Interrante is following her passions, she commits to them 100 percent. She earned her BBA in Finance, graduating with Highest Honors, from the University of Texas at Austin. During that time, Sherry was not only able to maintain excellent grades, but she also held several leadership positions. After graduation, she had a successful career in commercial banking in Dallas. Later, Sherry’s love for learning and self-improvement took her back to the University of Texas for her MBA in Finance and Accounting, this time earning a perfect 4.0.

Sherry parlayed this advanced degree into a successful stint at American Airlines, first working as an Associate before being promoted to a Principal in the Mergers and Acquisitions Group. After that she managed a group as the Controller of Finance and Planning. When she left American, Sherry was Director of Investor Relations, communicating with both buy- and sell-side Wall Street analysts.

From her time in Mergers and Acquisitions, she understands how to negotiate price and terms of a transaction.  And with two degrees in business plus time in the banking and the corporate world, Sherry is also comfortable analyzing data. She realizes that whether your home is your largest asset, or one of many valuable assets, it’s very important to you – so it’s important to her, too. Whether you’re buying your first condominium, or moving up to your dream home, she delivers the same exceptional experience.