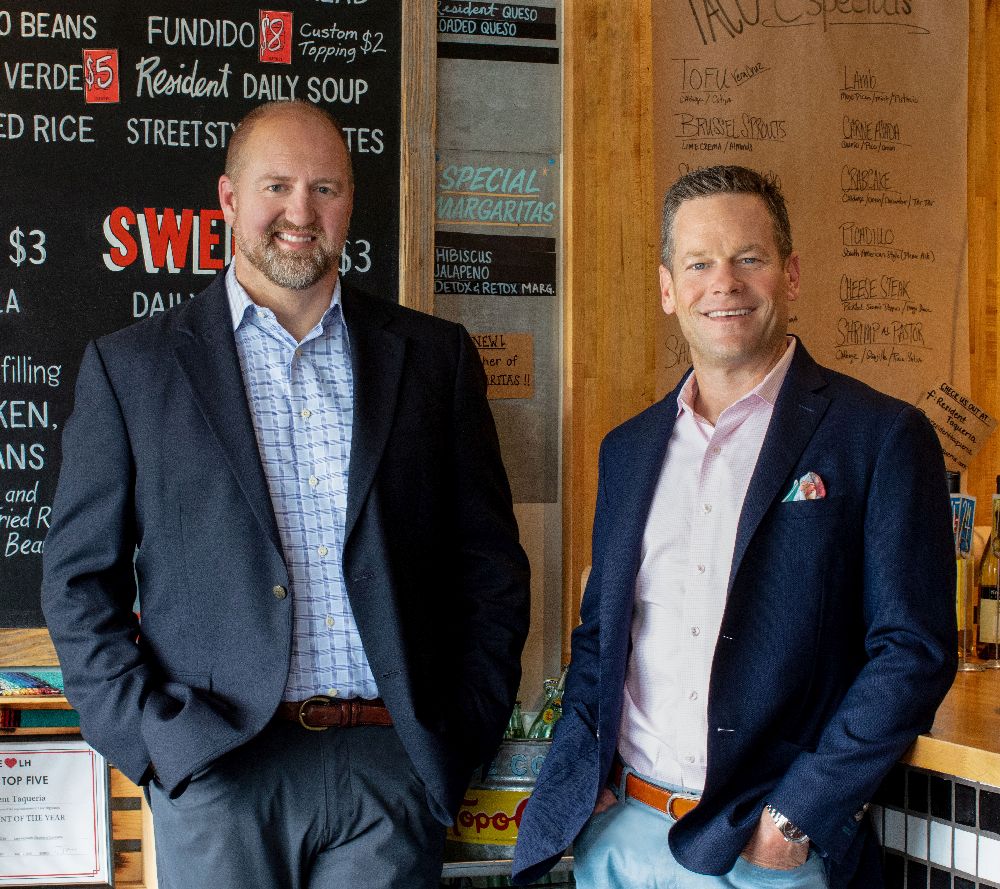 Phillip Tilger & Warren Sibley: In residential real estate, success can be measured in many different ways. Their ultimate yardstick is getting a call or message that they've been referred to someone else by a friend or client. They're relationship guys, so for anyone who knows them, this is really no surprise. Phillip Tilger and Warren Sibley takes great care to cultivate relationships of all kinds, and it's working for them. Ninety-five percent of their clients have found the group through existing clients.

Phillip sells all over the metroplex but his sweet spots are North and East Dallas, particularly his own neighborhood of Lake Highlands. He loves selling in this city because of its people, location, vibrancy, commerce, culture and educational choices. Phillip also loves showing off our many cool, eclectic, family-centered, urban and suburban neighborhoods to the seemingly endless supply of buyers moving here from elsewhere.

Among his many talents, clients say Phillip excels at quarterbacking the entire process from initial meeting to closing, and even beyond with leasebacks or repairs. These skills have earned him recognition as one of D's Best and put him in the Lake Highlands Advocate's Top 25 Realtors.

Phillip enjoys spending time and traveling with his wife and three kids, coaching their sports teams and watching/cheering on our local professional teams plus his Texas Tech Red Raiders.

It says a lot about a person's loyalty to their hometown when they stay put through the years while millions around them come and go. Warren Sibley is certainly devoted, to Dallas and to the East Dallas community where he was raised and now runs his real estate business. This long history also informs his knowledge of public schools in the area, having attended Lakewood and Wallace Elementary schools, Lake Highlands Junior High, as well as local private schools. He graduated high school from First Baptist Academy downtown.

After getting his Bachelor's degree in Communications from Baylor University, Warren stayed for his Master's of Divinity. He then served as a minister for 15 years, working with families and youth. His 2009 career change to REALTOR® was not entirely unexpected ? after all his favorite thing about this line of work is still walking alongside people. Only now it's to help them find a new home or sell their current one. His clients say he excels at anticipating and meeting their needs.

Warren and his wife Alison have been married since 1997. They have two children, one in public school and one in private. He enjoys being with his family, traveling, playing golf or working out at the Lake Highlands gym he co-owns, Lake Highlands Strength and Conditioning.