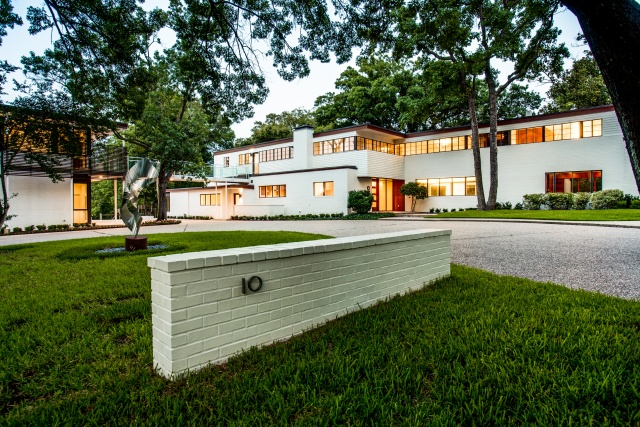 Our final Must-Have Monday for July is the former residence of Stanley Marcus at 10 Nonesuch Lane represented by Nancy Johnson. Stanley Marcus was the president and chairman of Neiman Marcus. The home sits on three acres of secluded gated grounds and completed in 1938, is one of Dallas’ first examples of Modern residential architecture. It also served as an epicenter for entertaining foreign royalty, Hollywood stars, and political legends, including: James Dean, Elizabeth Taylor, Grace Kelly, Yves St. Laurent, Emilio Pucci, Eleanor Roosevelt, and the Queen of Thailand. In 1994, this Lakewood estate, was acquired by the Lovvorn family. In 2010, the home was designated a Dallas Landmark and in May 2011, the Lovvorns commissioned noted contemporary architect/builders W2 Studios to begin an extensive renovation of the property. 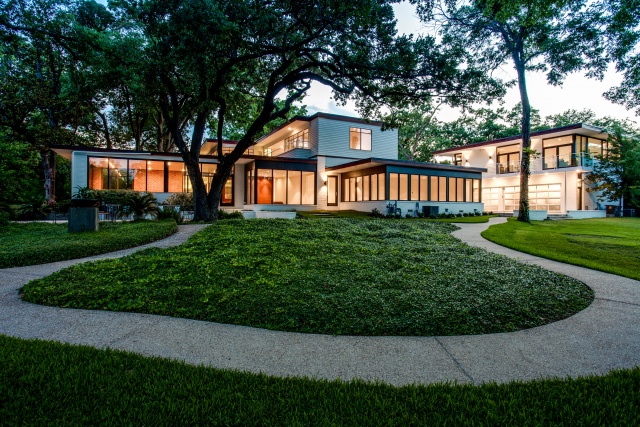 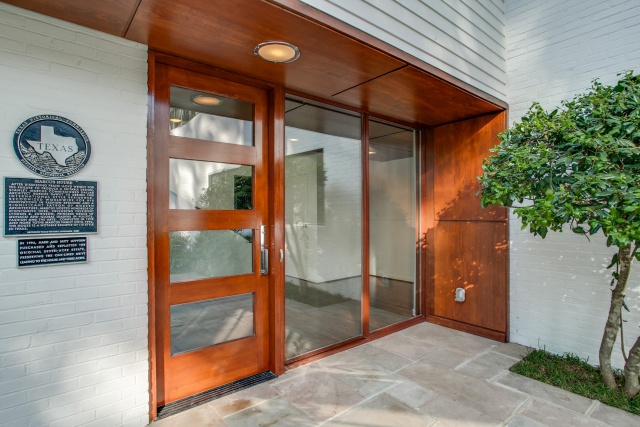 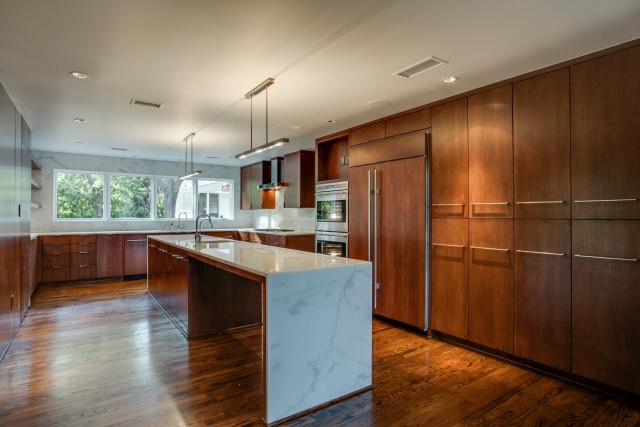 The original, now famous library has maintained its leather floors and rich wood bookshelves. The original projection booth is still in the home where he entertained the likes of Grace Kelly, James Dean, Eleanor Roosevelt, Christian Dior, Lyndon Johnson, Nelson Rockefeller, Estee Lauder and distinguished designers from all over the world. The same mahogany wood used in the expansive his and her master closet is there, custom built by Stanley Marcus to best preserve and house the fruits of his empire. There is the same large, winding driveway for a multitude of cars and valet because the Marcuses entertained, to put it mildly, frequently, abundantly. Once the Queen of Thailand came on a visit with Issey Miyake of Tokyo with an entourage of 30! 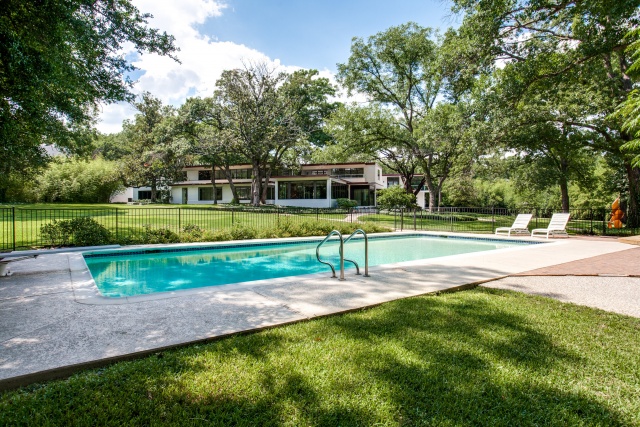 History of the Marcus House

In 2008, the current owners, Mark and Patricia Lovvorn, asked the city of Dallas to “remove the Structure by demolition … in order to build a more energy efficient new home on the property and to occupy the new home as our permanent residence.” That didn’t happen. Robert Wilonsky, a reporter then at The Dallas Observer, spent two days in the DeGolyer Library at SMU, devouring papers and files related to the construction of the Nonesuch house. The Lovvorns quickly changed their minds and kept the house, vowing to restore it with every ounce of historic integrity. W2 Studio spent two years refurbishing the house, adding merely 400 square feet to the original 9,558.

When Mark Lovvorn wrote an editorial in The Dallas Morning News in August of 2008 explaining why the couple wanted to raze the home, he pointed out that even Stanley Marcus, entrepreneur extraordinaire, had thought ahead to the profitability and future of the Nonesuch dirt:

“When Stanley Marcus began to market the property in 1993, it was zoned R7.5 (single family residential), but had yet to be platted. Recognizing the economic attraction that the property might have to a land developer, Mr. Marcus engaged an engineer to draw a preliminary sketch, which demonstrated how a prospective purchaser could easily yield 24 lots from the seven-acre estate.”

True to their word, the Lovvorns have nurtured the home and given her a new life. Now they care to downsize. As for the historical papers, sketches and drawings, including the original plans by Wright, those will remain with Mark and Patricia Lovvorn. Nancy Johnson says the sellers plan to make copies of some and present to the buyer provided, of course, that the price is right.

“They spent a lot of time and energy trying to honor the house — and at an enormous expense,” she says. “Once they made the decision this was the way to go, they really embraced it. A lot of people will appreciate that.” The new owner, she says, will be a “discerning” one. A wealthy one too. She suggests the next owner of the Nonesuch house might want to add, say, a tennis court or other amenity somewhere on the surrounding three acres. They likely won’t need much more.”

The History of the Marcus House by Robert Wilonsky