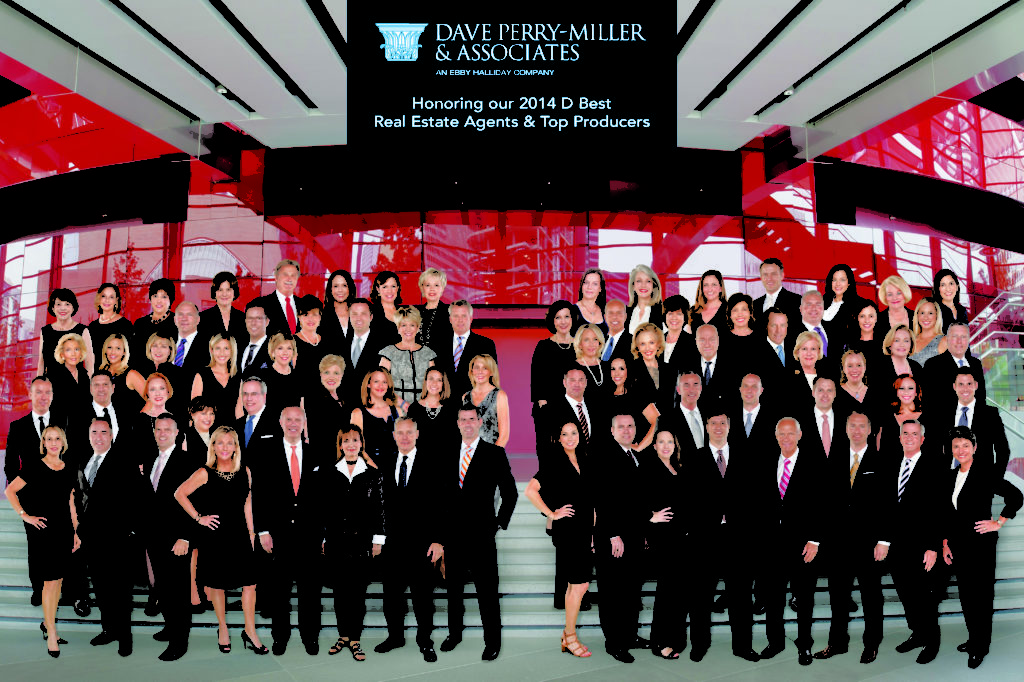 Everyone at Dave Perry-Miller & Associates is ecstatic about 73 members of our firm being among D Magazine’s Best Real Estate Agents and Top Producers. That’s a marked increase from 2013, when 61 Dave Perry-Miller agents earned the accolades.

D Magazine compiled the Best Real Estate Agents list, which appears in the July edition, by reaching out to almost 15,000 people, including subscribers, recent home buyers, and previous winners. Agents were rated on customer service, integrity, market knowledge, communication, negotiation, post-sale service, and overall satisfaction. This honor is bestowed upon fewer than 2 percent of the Dallas area’s licensed agents, including 38 from Dave Perry-Miller.

“At Dave Perry-Miller & Associates, we market properties of quality and character,” founder Dave Perry-Miller said. “We hold our agents up to the same standard. I’m so proud that nearly a third of our team earned this exclusive designation. It speaks to the exceptional level of service we offer to our clients.”

The July edition of D, which is being published this week, also includes a more-quantitative list of Top Producers. These are agents who closed milestone amounts in 2013, ranging from at least $10 million for individuals to at least $40 million for groups of 10 or more. Dave Perry-Miller & Associates placed 67 agents among the region’s Top Producers, up from 45 a year ago.

“We had our best year in 2013, and 2014 is on a similar pace,” said Bud Bush, the company’s general manager. “We are grateful for our discerning clientele and for our dedicated associates.”