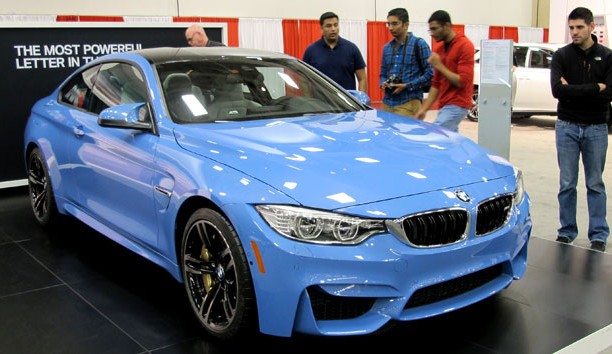 The DFW Auto Show has rolled into the Kay Bailey Hutchison Convention Center.

Downtown: If you’re a fan of our properties of distinction, then you probably appreciate vehicles of distinction. Dozens of luxury cars and trucks will be on display this weekend at the DFW Auto Show.

Park Cities: D Magazine’s editors and readers have named Critterman the city’s best children’s entertainer several times over. He will bring a few “extra furry” animals to the University Park Public Library at 2 p.m. on Saturday. This event is part of the library’s monthly Family Time series presented by Christine McKenny and Dave Perry-Miller Real Estate.

Preston Hollow: The spring musical at the Jewish Community Center of Dallas is always a treat, but we’re especially interested in this year’s production of Guys and Dolls Jr., because the cast list includes Claire Borman — daughter of our own Beth Borman — in the role of Mimi. Break a leg, Claire!

For more things to do this weekend, check in with our friends at The Dallas Morning News, who have recently relaunched GuideLive.com.