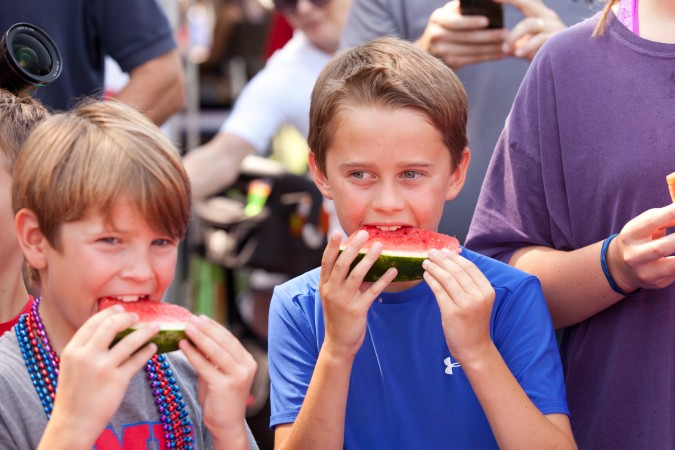 Anyone who’s tuned in to ESPN on Independence Day knows the hot-dog-eating contest on New York’s Coney Island has become a national tradition. Just as beloved — and much less stomach-turning — are the watermelon-eating contests that happen each July 4 in University Park.

Just as they have for the past seven years, The Rhodes Group will bring dozens of watermelons to Goar Park on Saturday morning so patrons of the Park Cities Fourth of July Parade can demonstrate their abilities to chow down.

While many companies give away branded products at the Goar Park festival, the Rhodes Group — a top-producing team of Realtors that includes Tom Rhodes Jr., Dan Rhodes, Burton Rhodes, Thomas Rhodes, and Neil Broussard — prefers to offer something more interactive and fun.

Their watermelon-eating contests must be fun, because they lure plenty of repeat competitors, Burton Rhodes said, with some kids bellying up to the table as many as five times. Unfortunately, practice doesn’t make perfect.

“They tend to get slower and slower as time goes on,” Burton said.

Win one of their contests, and you’ll be able to proudly walk away with a foam hat that brands you a Watermelon Eating Champion. And don’t be surprised to see those hats worn proudly by competitors of all ages. 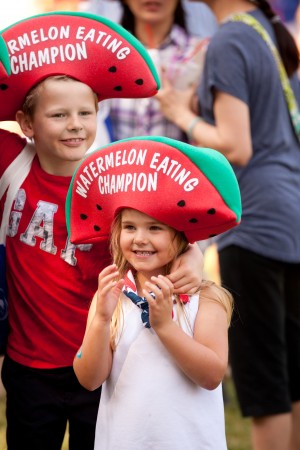