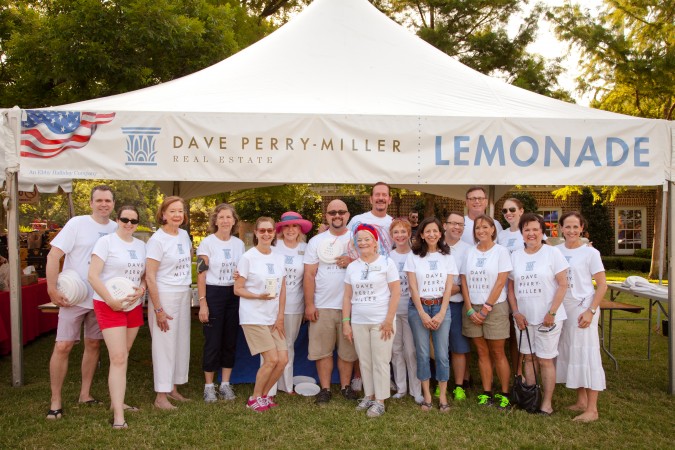 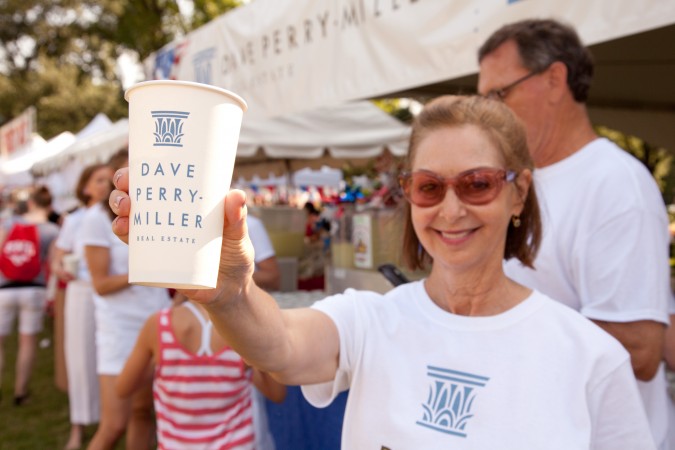 Frada Sandler displays one of our recyclable paper cups.

As always, the delicious lemonade was supplied by Top Shelf Beverage. But we put a new spin on the event this year by also giving away 500 flying discs branded with our logo. (Be sure to catch one as they fly through your neighborhood.)  Meanwhile, at the other end of Goar Park, The Rhodes Group conducted dozens of watermelon-eating contests. 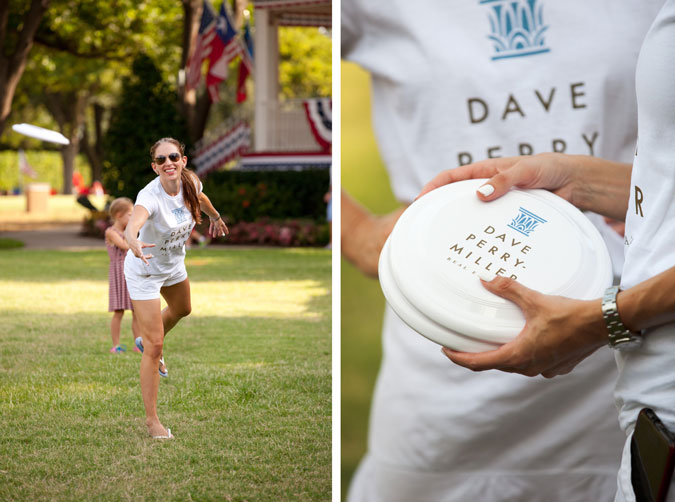 Melissa Rountree demonstrates how to throw our flying discs with style.