Being involved in the PTA means more than attending a meeting here or there for Dave Perry-Miller Real Estate agent Amy Sack.

For Stonewall Jackson Elementary’s final hurrah on April 13, Stonewallpalooza, Sack helped organize a music-festival-inspired event, attracting a record of more than 400 attendees to the House of Blues.

Sack tells of how Stonewallpalooza came to be and what being a parent at Stonewall Jackson Elementary means to her.

How long have you been in real estate and with the Heather Guild Group?

How has real estate helped you fulfill your volunteering pursuits?

My schedule can be somewhat flexible, allowing me time to pursue volunteer opportunities at Stonewall Jackson Elementary. One of the motivating factors for my decision to leave corporate America (Yahoo! sales and advertising) was the desire to be more connected and engaged with the neighborhood and community.

I also serve on the board of directors for St. Simon’s After-School  — a nonprofit after–school program helping economically challenged families in the Dallas Independent School District. 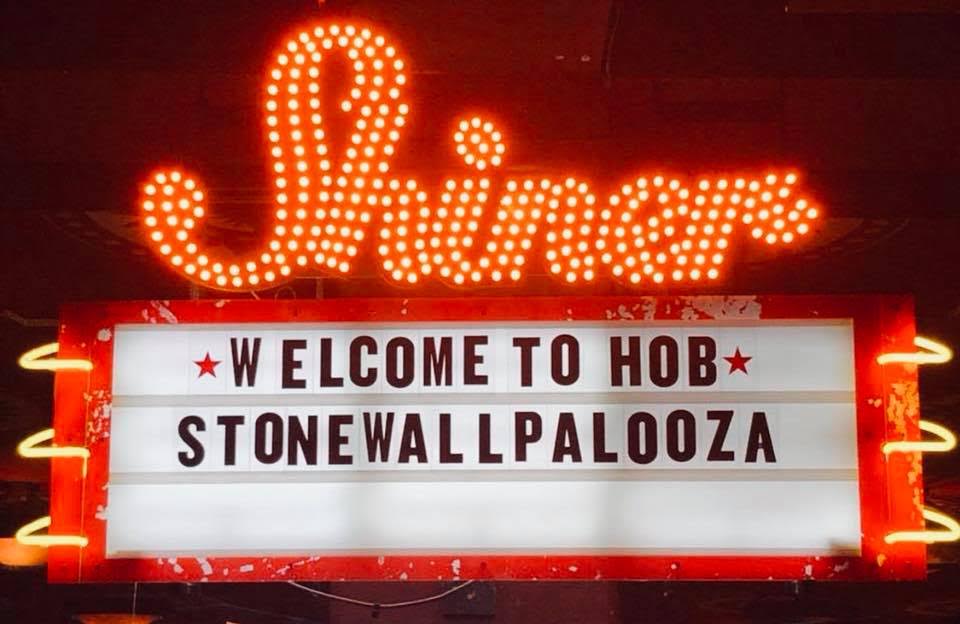 Why do you love Stonewall Jackson Elementary, and why do you choose it for your children’s education?

I have two girls at Stonewall: Morgan in second grade and Katy in first grade. We moved into the Stonewall boundaries six years ago after living in the M-Streets for several years and hearing from friends and neighbors about how special the school was.

I’ll never forget one evening walking through Greenland Hills and running into a mom who struck up a conversation with us, seeing that we had a new baby and asking what our plans were for school. She then proceeded to gush about how amazing Stonewall was, not just for the education their children received, but for the entire Stonewall community.  She told me “I sometimes pinch myself, we feel so blessed to have a neighborhood school like Stonewall.” It made a real impact on me!

Tell us about Stonewallpalooza. Is it the first time you helped with the school’s silent auction?

My first volunteer experience at Stonewall was helping out on the auction committee in a limited role when my daughter was in kindergarten. The following year, I took on a larger role as the underwriting chair, and the next year I found myself co-chairing the event!

Why did you choose the House of Blues for your venue?

After walking out of our first site visit, my co-chair, Clara Sepulveda, and I both agreed that it would be a perfect venue, given our music festival theme. The staff at House of Blues made us feel like they understood our goals and would be able to help make the auction run smoothly. We were thrilled that they came back with a proposal we could work with.

Fast forward to the fall when the name change came about, and Mockingbird Elementary was voted on to be the new name. We realized we had the perfect theme for the last “Stonewall” auction. Never in our wildest dreams did we ever know just how appropriate our theme had become. 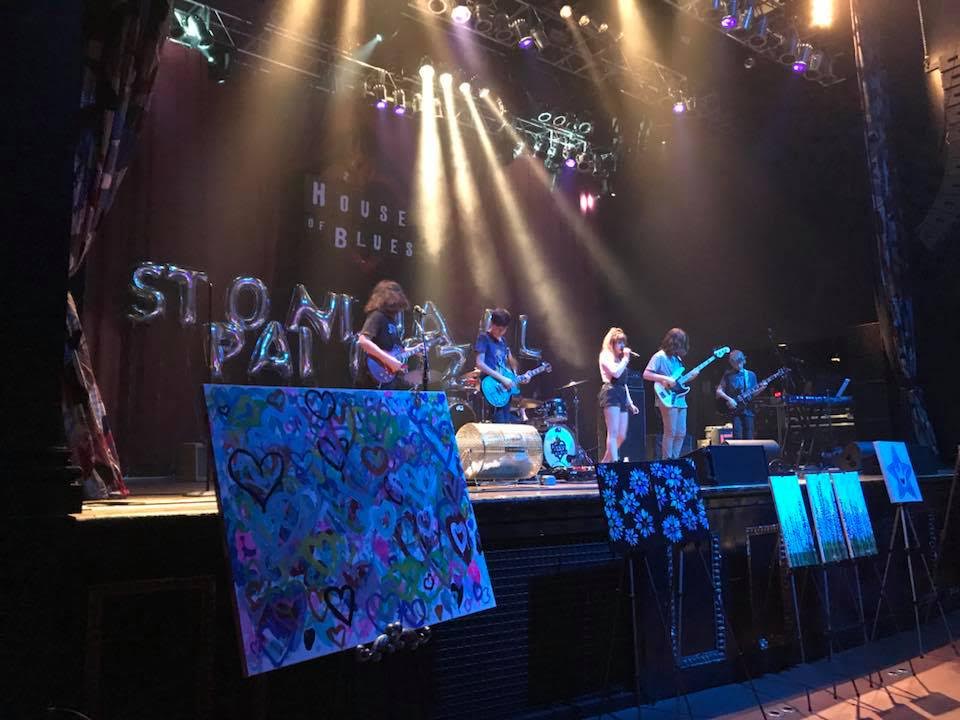 Tell us about the event.

It literally took a village to throw the event, with at least 50 volunteers helping us pull it off throughout the year. We had just over 400 people attend this year, a record number of attendees with about 100 more than past auctions.

Our opening act featured a killer performance from the School of Rock’s house band, which included a Stonewall student and alumni. Those kids can rock!  The headliner was local favorite Whiskey Pants, fronted by Kirk Tatum, a Stonewall dad. The day before the event the bassist injured himself and was unable to play, so they called on another Stonewall dad and talented musician, James Driscoll, to jump in and become familiar with the setlist in 24 hours.

It was a prime example of how this community rallies around each other to make things happen. The band even had a special on-stage appearance from Curtis Butler, the music teacher at Stonewall. It was a flawless performance and really set the mood for the event.

We wanted to get the kids involved this year, so we threw a Kidpalooza on the playground during recess for all students, where we had tents for dancing, making flower crowns and bandanas, and a tent for art. Each kid painted a heart on a large canvas, which we auctioned off during the live auction, and it was our biggest selling live auction item of the evening.

How will the fundraising help the school?

We are proud to announce that this year’s auction broke both attendance and fundraising records, making it the most successful auction to date!

With these funds, the PTA will provide additional technology to all classrooms, curriculum development and school enrichment. These additional resources will contribute, as they have in the past, to an exemplary elementary school that has been a benefit to the Dallas community. 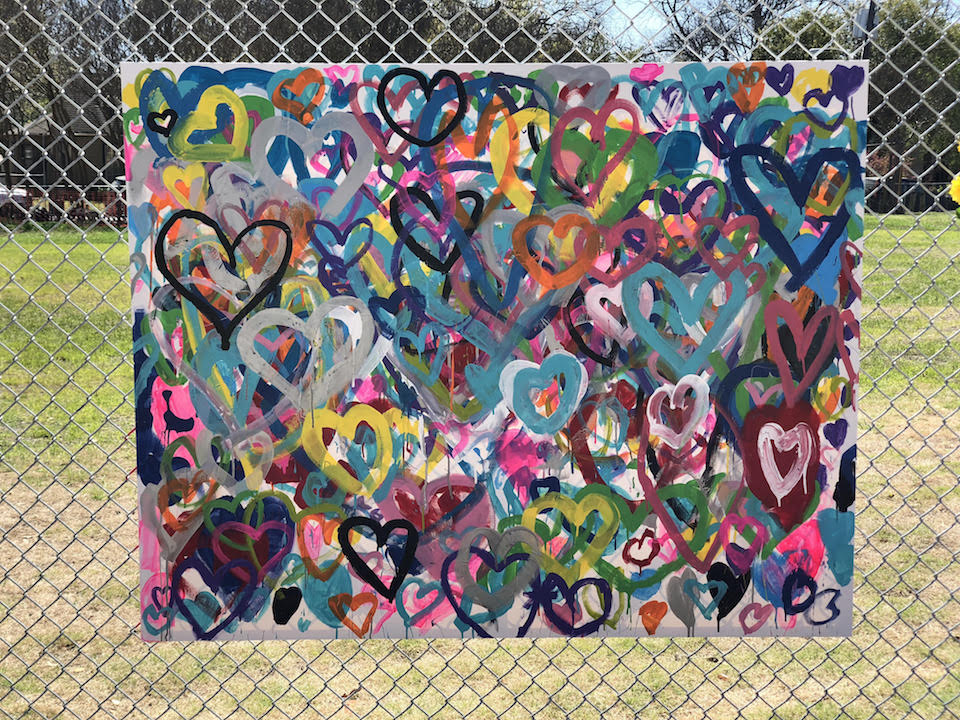 What do you hope for the future of Stonewall Jackson — while your children are there and beyond — especially as it goes through a name change?

The Stonewall chapter will close this summer, as the school transitions to become Mockingbird Elementary on July 1. My hope is that the school continues to be one of the most sought-after schools in the district, not only for its academics but for the community that supports it.

The name Mockingbird has more significance than just the street on which it is located. The mockingbird is a bird that is best known for its ability to mimic the songs of other birds, essentially speaking many languages. Our school provides a diverse learning environment, also in many different languages, as the Regional School for the Deaf, offering American Sign Language and a growing dual language program.

Learn more about Sack and the Heather Guild Group at bit.ly/heatherguildgroup.