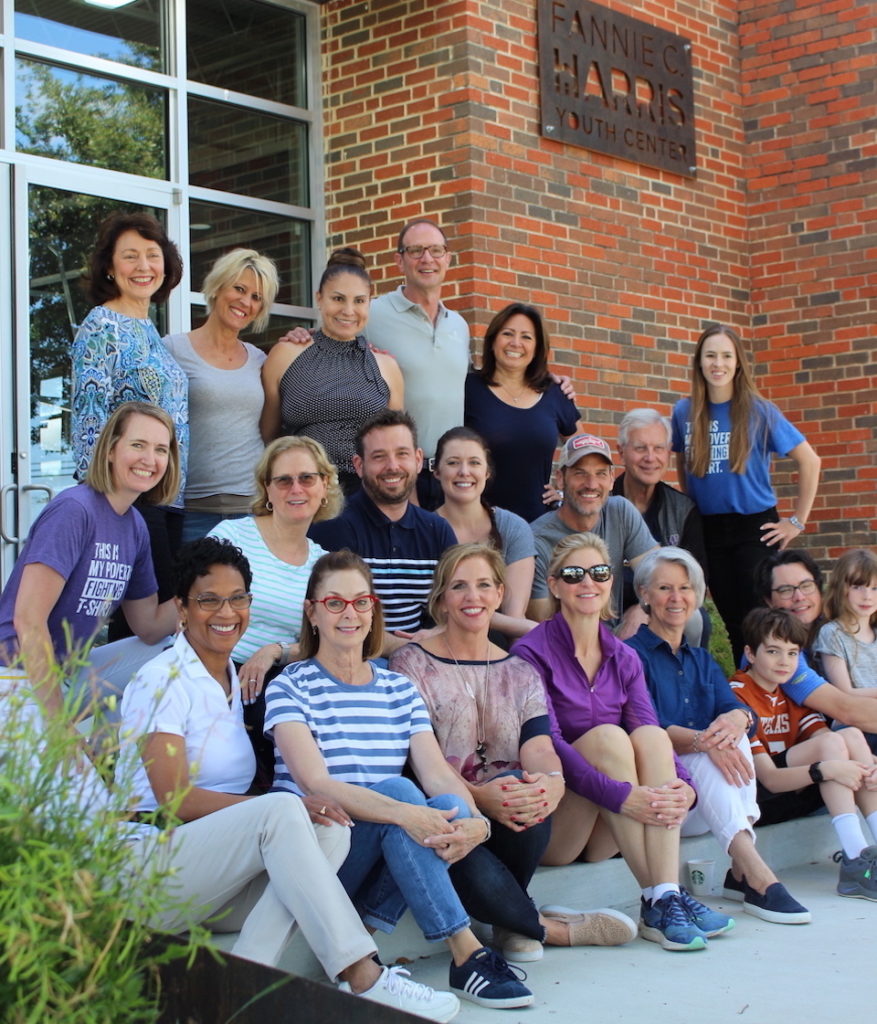 Dave Perry-Miller Real Estate agents were prepared to get down to work with CitySquare, preparing for the grand opening of the Fannie C. Harris Youth Center on Thursday. The new facility in East Dallas will serve homeless youth with support services.

“It’s awesome to have 25 people come in today and just get ready to hit the ground running. Nobody was waiting. Everyone just jumped in and helped,” Senior Director of CitySquare TRAC Program Madeline Reedy said.

DPMRE agents spent the morning sorting out donations, cleaning and organizing the facility.

“I love giving back. I’ve been looking forward to this opportunity and seeing a different aspect of what CitySquare is doing for the homeless and for children,” McCants said.

The youth center will have a soft launch on June 3, which will house both a drop-in center and residential services, including access to showers, laundry facilities, employment resources and a safe place.

Visit the CitySquare website for volunteer opportunities at the new youth center.

Dave Perry-Miller Real Estate agents often make families’ dreams come true during home purchases. So it means even more when they can help families overcoming poverty transform their apartments into homes of their own.

Park Cities agents recently had the opportunity to help such families by volunteering for an evening of do-it-yourself furniture refurbishment at Dwell with Dignity. The Dallas-based nonprofit helps families in need by partnering with social service agencies to design and furnish a complete home interior — from furniture to a fully stocked pantry.

“When we refinish furniture, we do it right, because these people maybe have never had real furniture,” Dwell with Dignity Program and Volunteer Manager Laura Cismesia said that evening. “We want to do it right, so the furniture lasts for them, and they learn how to respect their stuff because they respect themselves.”

Donations to the nonprofit are a mix of corporate and community contributions. Some are new and some need to be refurbished, but pieces are picked for each home with the families’ needs at the top of mind.

“I was impressed with the quality of furnishings, paintings and accessories,” said Hea, who was painting over a donated piece of art to better suit the children’s bedroom. “The recipients must really feel loved by Dwell with Dignity. They cater to the wants and needs of each family.”

Families who are helped by Dwell with Dignity are already self-sufficient, but they need an extra push to continue on the right track. Dwell with Dignity’s goal is to break the cycle of poverty by providing homes that families can be proud of.

“Some of these kids have never had friends over, because they’re embarrassed. They have nowhere to sit. Now, not only do they have somewhere to sit, but they have a room of their own, their own space,” Cismesia said. “For the first time, they’re excited to have friends over. And when they do better socially, they do better academically. They have more self-confidence. They excel.”

Cismesia said families who were drifting from apartment to apartment are now more stable. Some have saved enough to afford a house. Once they leave their rental dwellings, they can keep their furniture from Dwell with Dignity, said Parsons, who was upholstering a headboard.

“It’s such a great gift that makes it possible for people who really need help to have a beautiful home,” Parsons said.

Owsley, who gathered the group for the DIY evening, said the organization is a natural fit for real estate agents. After discovering Dwell with Dignity during North Texas Giving Day, she now offers to donate in her clients’ names as a closing gift.

“It’s much better to think someone else is getting something for their new home,” Owsley said. “When you’re in poverty, it takes a long time to have extra money to hang curtains and everything else we take for granted in our homes. I value that your home is your refuge. These people are now able to sustain the gift that’s been given them.”

To donate to Dwell with Dignity, visit their website.

Learn more about our incredible Park Cities agents and their listings at daveperrymiller.com.

When searching for a real estate agent, you’re in good hands with someone who is persistent and unafraid of hard work. Those traits have defined Steve Atkinson’s adult life, in which he has balanced a career in the real estate industry with his passion for giving back to his community.

Atkinson currently serves on the boards of Equality Texas, a political advocacy organization advocating for LGBTQ rights, and the SPCA of Texas, the leading North Texas animal welfare agency. His volunteer history burgeoned soon after graduating from Baylor University in the late 1980s and has grown along with his real estate career.

He has not only battled legislation but threats to his life to help pass anti-discrimination policies and advance LGBTQ equality and protection in Dallas.

We asked Atkinson to tell us the breadth of his volunteer career and what helps him overcome adversity.

What are your volunteer efforts?

All of my adult life, since I was barely out of college, I’ve been heavily involved in volunteer work. Most of it has been political activism, human rights and gay rights organizations. 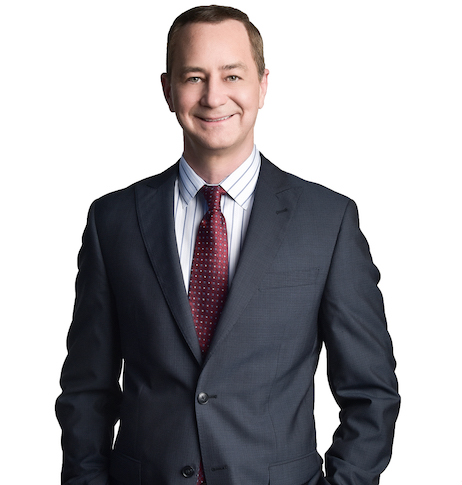 I’ve chaired the board of Equality Texas, which is the state-level organization that works on gay rights issues and advocacy. I was on that board for many years and recently returned to it in January.

I’m on the board of the SPCA of Texas, which is based in Dallas and is the fourth-largest nonprofit in North Texas.

I’m on a third board called The Dallas Way, which is an organization that chronicles the history of the gay community in Dallas. It’s a huge project.

What made you want to start volunteering?

My maternal grandmother, whom I was incredibly close to, was a significant figure in my life. I really idolized her and looked up to her in every possible way. I remember from a very young age having conversations with her about her volunteer work, because I was interested and fascinated by it. She would say things that sounded cliche but really worked with me like, “Nobody should live their life without doing things for other people.”

Also, when I came out as a gay man, I was only three years out of college. I’m 55 now. It was 1989 when I started coming out, and it was different then. We’ve made a lot of progress on gay rights issues.

I got really involved in some local-level political battles in the earliest days, when we were getting ordinances passed to provide protections for LGBT people here in Dallas. I was one of the main organizers, along with a good friend of mine Cece Cox. When we got the very first ordinance passed by the Dallas City Council that ever addressed any LGBT issues that was in 1994. I got death threats.

This was before social media and before the internet. They called me at home. In those days my phone number was listed in the phonebook, which had your name, phone and address. It was obviously scary. Rather than scaring me, it motivated me. This was not going to keep me from doing this work. Then I really dove into it full steam.

What drives you to devote as much time to your volunteer work as your full-time job?

It gives me enormous satisfaction. I love selling real estate, I really do. I love working with my clients and doing a good job for them. There is a satisfaction from that and being good at doing that. But, it’s a different satisfaction to choose to give your time, effort and money doing things that make a difference in the world.

It’s great to be somebody’s fantastic Realtor, and they think you’ve given them good service. It’s a whole other great deal to be able to feel like you’re impacting change and making the world better and helping people directly.

My husband jokes and says that I’ve become a godfather of the gay community. I’ve done it for so long, and I have so many contacts and connections. The gay community here is really strong. We had to build up to that over a lot of years. Every mayoral candidate who runs calls me to try to solicit my support. They want our support, because we are a vital part of all things that happen in the city. I have a lot of satisfaction in that I can think back to the days when I got death threats, and now the mayor’s calling me.

Almost always, it’s some younger person who’s gay sending me a message through Facebook, or I meet them at an event and they say, “I appreciate the work you’ve done,” and they tell me a story about one of the organizations I’ve been involved with.

My husband (artist Ted Kincaid) teaches. We’ve been together for 28 years, and we’ve always been 100 percent out in our life and at work. We’re on social media a lot. Many people say simple things like, “You two inspire me. I grew up in a small town, and to know that I can one day have a husband and can be happy like you are — it’s great to see.” That means so much to me, and that’s just from living my life openly.

Learn more about Steve Atkinson and see his active and sold properties at bit.ly/steveatkinson.