There is no better venue to host a gathering of Dallas’ most elite, service-oriented real estate agents than Dallas’ most elite, service-oriented hotel. The Dave Perry-Miller Real Estate 2016 Top Producers Award Luncheon was held on Friday, February 18, at The Ritz-Carlton Dallas in Uptown. Sales managers, agents and support staff from all five area offices convened in the Cypress Ballroom — along with senior executives from Ebby Halliday Real Estate, Inc., and a handful of valued vendors — to toast with mimosas and dine on Teen Romaine Salad, Moroccan-spiced Grilled Chicken Breast with Sauteed Kale and Quinoa, and Citrus Twist Cheesecake.

After lunch, Ebby CFO Ron Burgert kicked off the awards portion of the event with a recap of 2016. The firm did $2.1 billion in sales volume, he announced. He also reiterated the strength of and bright future for the brand. Ebby CEO Mary Frances Burleson also congratulated agents on another remarkable year, and hinted of the presentation to come by retelling a personal Ritz-Carlton memory that has stayed with her for 15+ years.

Agent Sharon Quist, herself a homeowner at The Ritz-Carlton, introduced the highly anticipated guest speaker, The Ritz-Carlton Dallas General Manager Roberto van Geenen.  Mr. van Geenen entitled his talk “Memorable Customer Service” and highlighted the high standards this luxury hotel brand has in place to keep guests satisfied and loyal. He acknowledged many parallels in the way The Ritz-Carlton staff treats guests and the way Dave Perry-Miller Real Estate agents treat clients, and left his audience freshly inspired by his industry-leading insights.

After Mr. van Geenen concluded, Robb Puckett, Sales Manager of the Highland Park Office took the podium to begin handing out awards to his 2016 Top Producers (pictured below):

Next, Becky Connatser, Sales Manager of the InTown Office, announced her Top Ten Producers (pictured below):

Finally, Charles Carneal, Sales Manager of the Preston Center Office, rounded out the afternoon with his Top-Ten list (pictured below):

Puckett had this to say after the ceremony was over. “Our vision as a leadership team is to inspire our associates to provide clients with the level of service Mr. van Geenen and The Ritz-Carlton provide their guests. Quality is a value that transcends time and one of the hallmarks that makes Dave Perry-Miller Real Estate the success it is today. Today’s luncheon to recognize our associates for their phenomenal work and achievements, is never tiring and sets the stage for a prosperous 2017.”

Congratulations to all the winners!

Today was a red-letter day in the life of Dave Perry-Miller Real Estate’s Preston Center office. After going for more than a month without a permanent office manager, senior management representatives from parent company Ebby Halliday stopped by to let agents know a replacement had been determined. The reins will go to longtime associate Charles Carneal.

Betty Misko, Executive Vice President & Director of Sales Offices, acknowledged that while finding someone to lead the team of 85 agents quickly was preferable, it was more important that the process be allowed to thoroughly play out so the right person would be hired. She reassured those gathered they felt it had done so.

“We know how much you all want someone you know and trust and respect,” Misko said. “To preserve the established culture, we knew this person most likely had already been involved with the DPM brand for a long time. Charles Carneal has been here almost 15 years, and he has contributed much to the healthy, productive environment you enjoy today.”

In his first official remarks to the group as office manager, Carneal started by saying, “I chose to wear this green tie to the meeting for a couple of reasons. First, I am a prisoner of Ralph Lauren. He gets the importance of branding, just like we all do as agents working for one of the most successful luxury brokerages in town.”

“I also wore the tie because it’s green like grass,” Carneal continued. “For anyone tempted to think the grass may be greener elsewhere, I would remind them: the only time the grass is actually greener on the other side, is when they maintain it better. My focus here will be on fertilizing and watering the grass. There won’t be a lot of change because what we have seems to be working well.”

As office manager, Carneal sees his job as “attracting, training and supporting the best, most-productive agents in Dallas.” (The office has the numbers to prove that last part.)

“What I liked most in his interview,” Misko said, “was that he never even asked how much the job pays. I could just tell he’s really looking forward to teaching and helping all of you.”

CFO Ron Burgert concluded the meeting by re-affirming the parent company’s support for and commitment to Dave Perry-Miller Real Estate.

“I’ve said it before and I’ll say it again,” said Burgert emphatically. “This brand has had a tremendous past several years, and we will do everything we can to see that it has many more.” 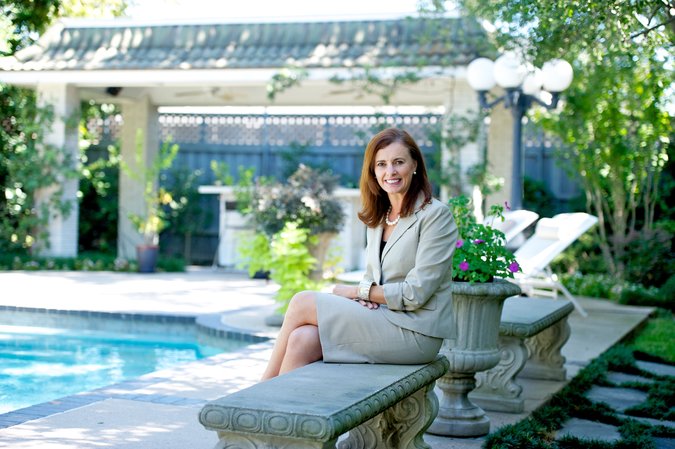 Our most multilingual Realtor has to be Henda Salmeron, who speaks Afrikaans, French, German, and Spanish — plus English, of course. But she’s not the only Dave Perry-Miller Real Estate agent who’s comfortable conversing in a foreign tongue. If your transaction requires a translation, call on one of these agents. 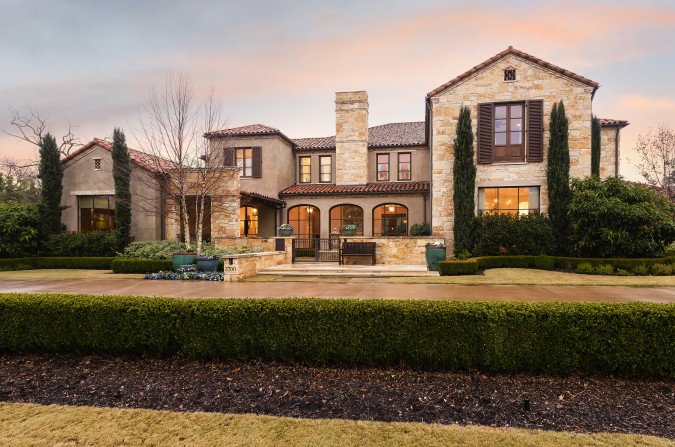 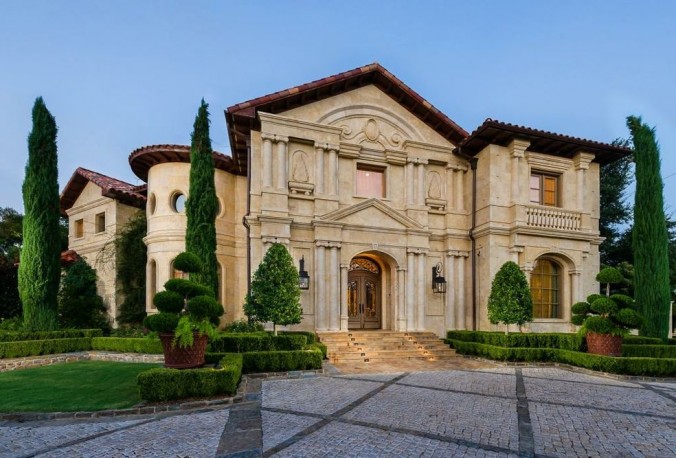 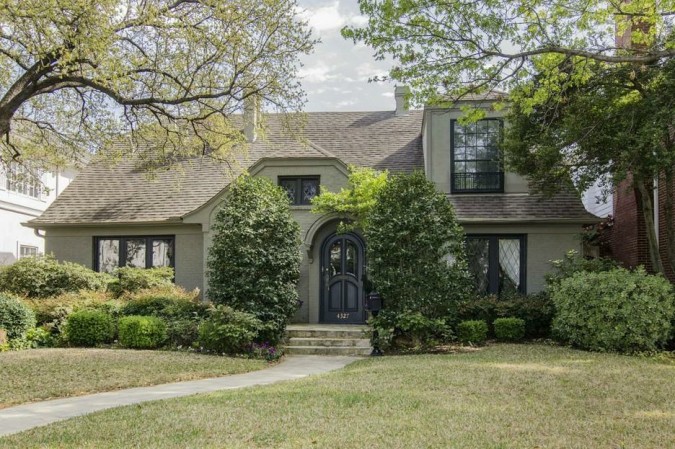 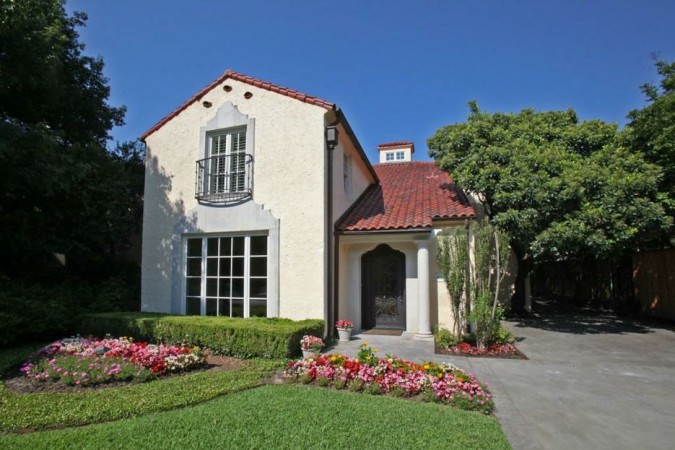 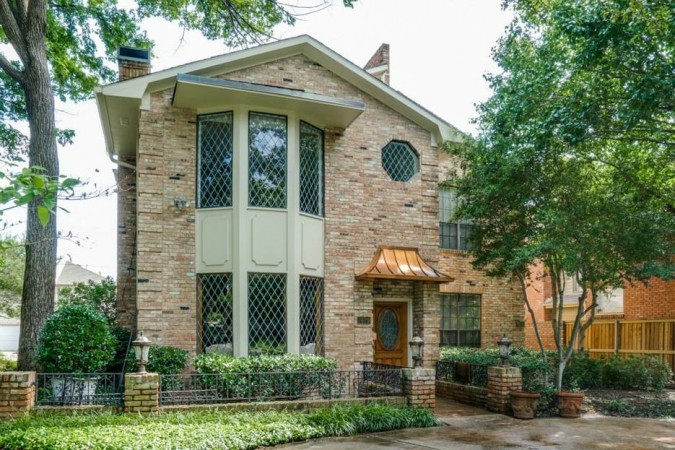 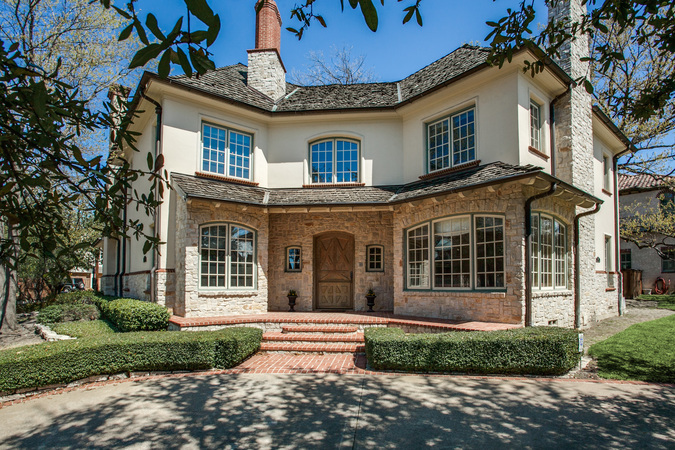 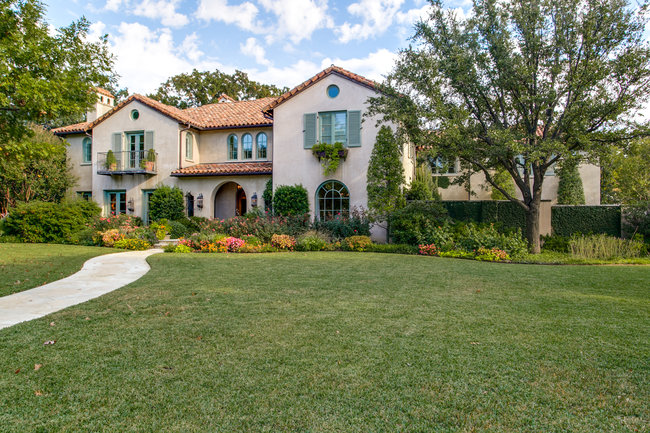