The Ebby Halliday Companies, a Berkshire Hathaway affiliate, has been named one of the Top 100 Places to Work in North Texas in the Large Companies category by The Dallas Morning News. The announcement came at the Morning News’ 12th-annual Top 100 Places to Work event, which took place online on November 12. The Ebby Halliday Companies placed No. 10 in the Large Companies category.

The annual contest is overseen by The Dallas Morning News’ research partner, Workplace Dynamics, a recognized leader in measuring the health of U.S. companies based on employee opinions. Companies are graded in performance of leadership, sense of mission, career opportunities, culture, and pay and benefits.

“It’s so meaningful for the Ebby Halliday Companies to be named one of the Top 100 Places to Work by The Dallas Morning News as we celebrate our 75th anniversary of serving the residential real estate needs of North Texans and those choosing to move here,” says Ebby Halliday Companies President & CEO Chris Kelly. “This is a great honor for us as a company. I’m most proud that our people are so passionate about the workplace they’ve helped build together.”

“As an Ebby Halliday Companies client, you’ll benefit from knowledgeable, respected real estate agents and a team of trusted professionals dedicated to making buying or selling your home one convenient experience,” Kelly says. “While our skilled agents help you navigate the market, our family of affiliated core-services companies will handle your mortgage, insurance and title needs with the utmost care.”

Throughout 2020, the Ebby Halliday Companies, the parent company of DPM, is celebrating 75 years of serving the real estate needs of North Texans and those relocating to the region. It all began in 1945, when one bold woman parlayed her wisdom, generosity, business acumen and endurance into what is today the No. 1 residential real estate brokerage in Texas.

“Long life is a privilege not everyone – or every company – gets to enjoy,” says Ebby Halliday Companies President & CEO Chris Kelly. “During this anniversary year, we acknowledge this fact with a spirit of gratitude.”

The legacy of Ebby Halliday, who founded Ebby Halliday Realtors in 1945, is carried out daily in North Texas through 2,000-plus agents and staff across three real estate brands and in-house mortgage, insurance and title companies. It is now amplified by the Ebby Halliday Companies’ affiliation with Berkshire Hathaway affiliate HomeServices of America, the country’s No. 1 residential real estate company.

Acquired by HomeServices in 2018, the Ebby Halliday Companies are modernizing homeownership services and are focused on ensuring that homeownership is available to everyone who wants to own a home in North Texas. Among the company’s primary business objectives in 2020 is furthering access to homeownership opportunities for historically marginalized communities.

“Simply put, we offer one ‘door’ to everything you need to buy or sell a home in North Texas,” says Kelly.“ Purchasing or selling in any other way would be like going back in time. Our complete offering of brokerage, mortgage, title and insurance homeownership services ensures you have the easiest and most secure real estate experience. In good times and most importantly, in challenging times, we have stood by North Texas and North Texans for over 75 years. It would be our honor to put our experience and strength to work for you.”

Fall has commenced, which means guests will be arriving for holiday visits before you know it.

Make their stay all-the-more comfortable by providing them private guest quarters during their visit.

These seven spectacular homes can provide family and friends with the ease of staying with loved ones while attaining the luxury of a five-star hotel. 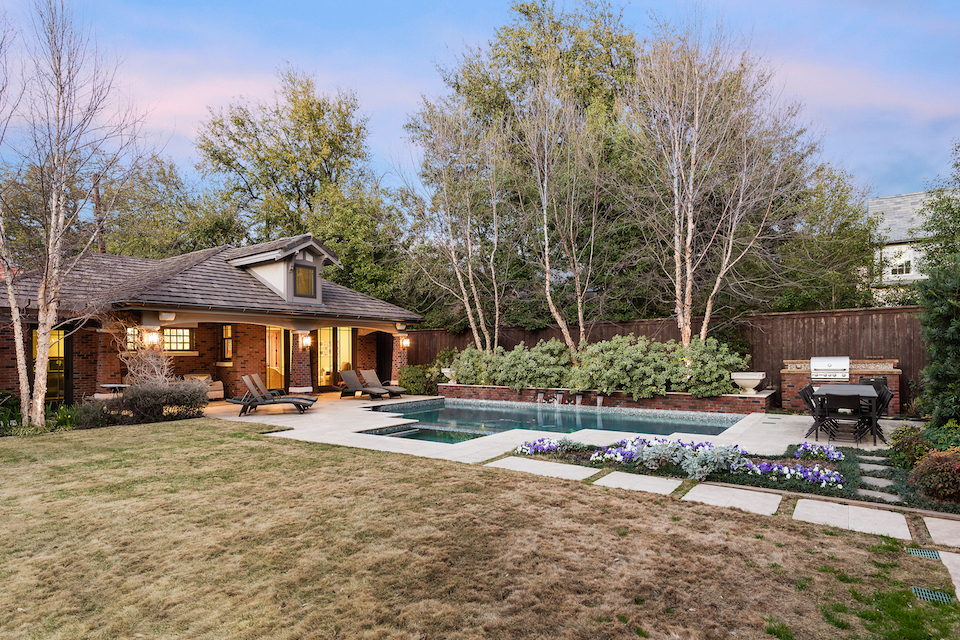 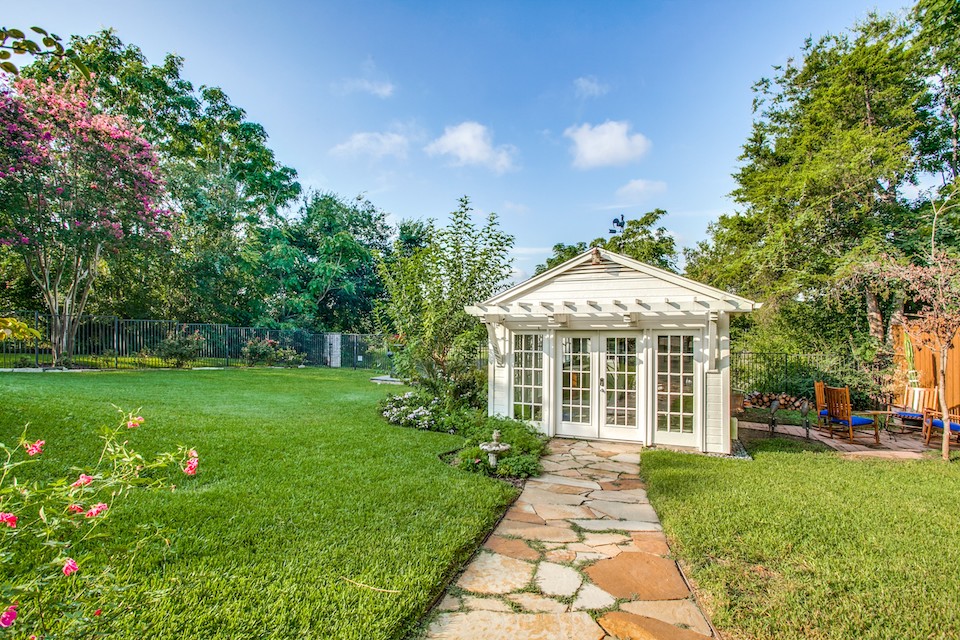 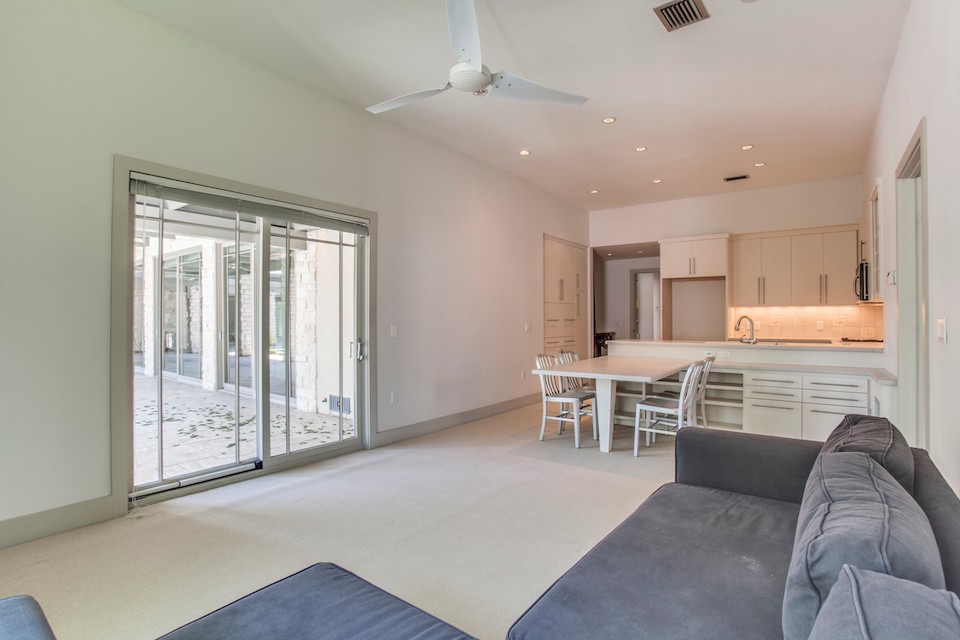 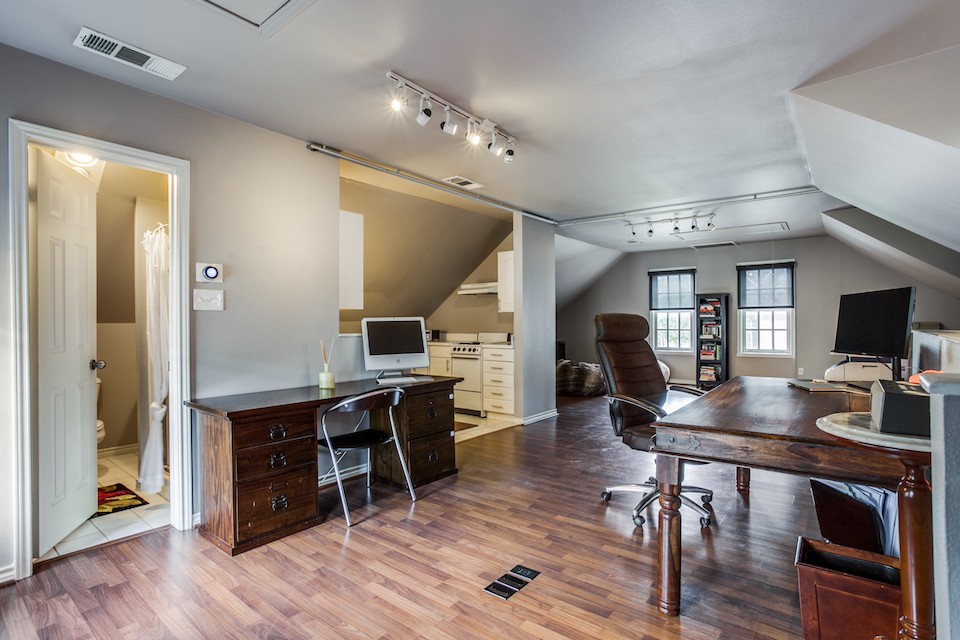 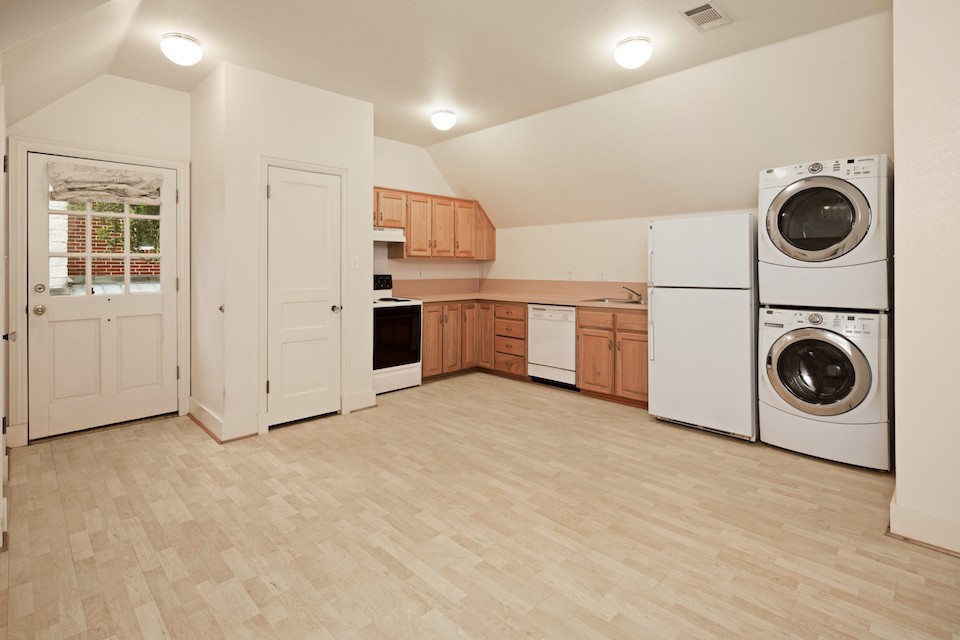 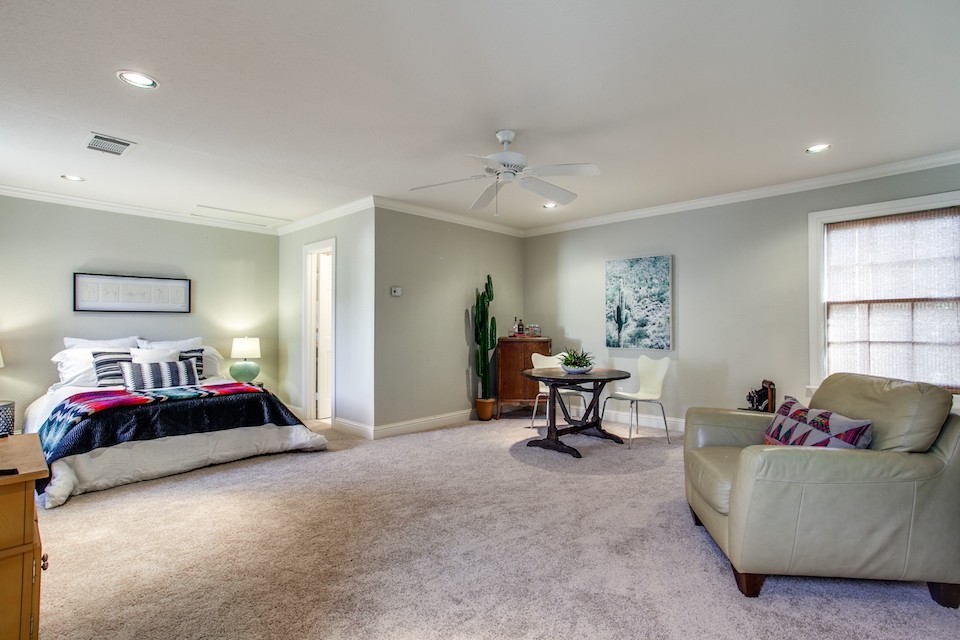 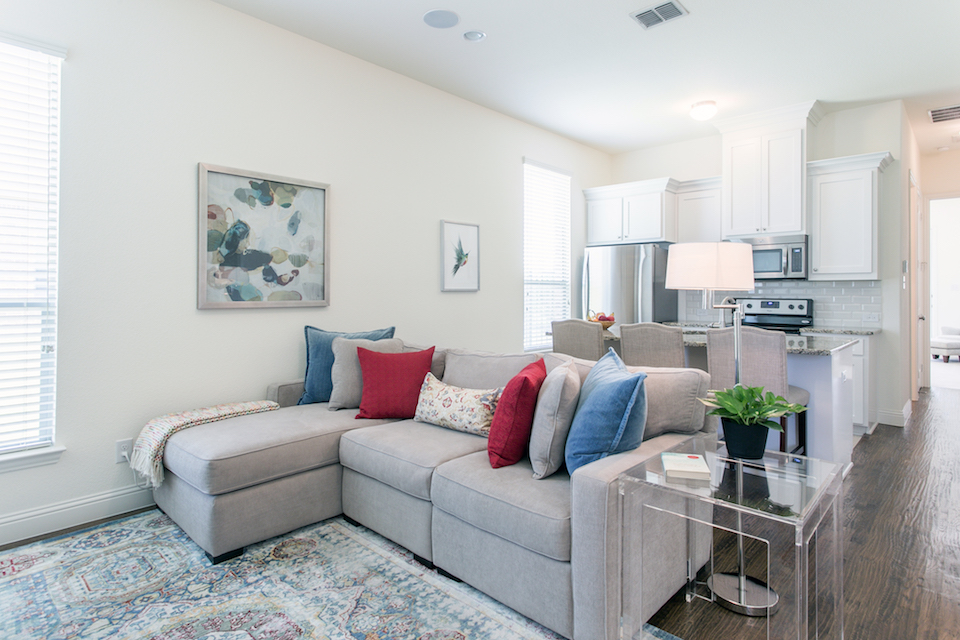 Read more on our blog:

Prepare Your Home for a Storm

Transition Your Home Decor for Fall 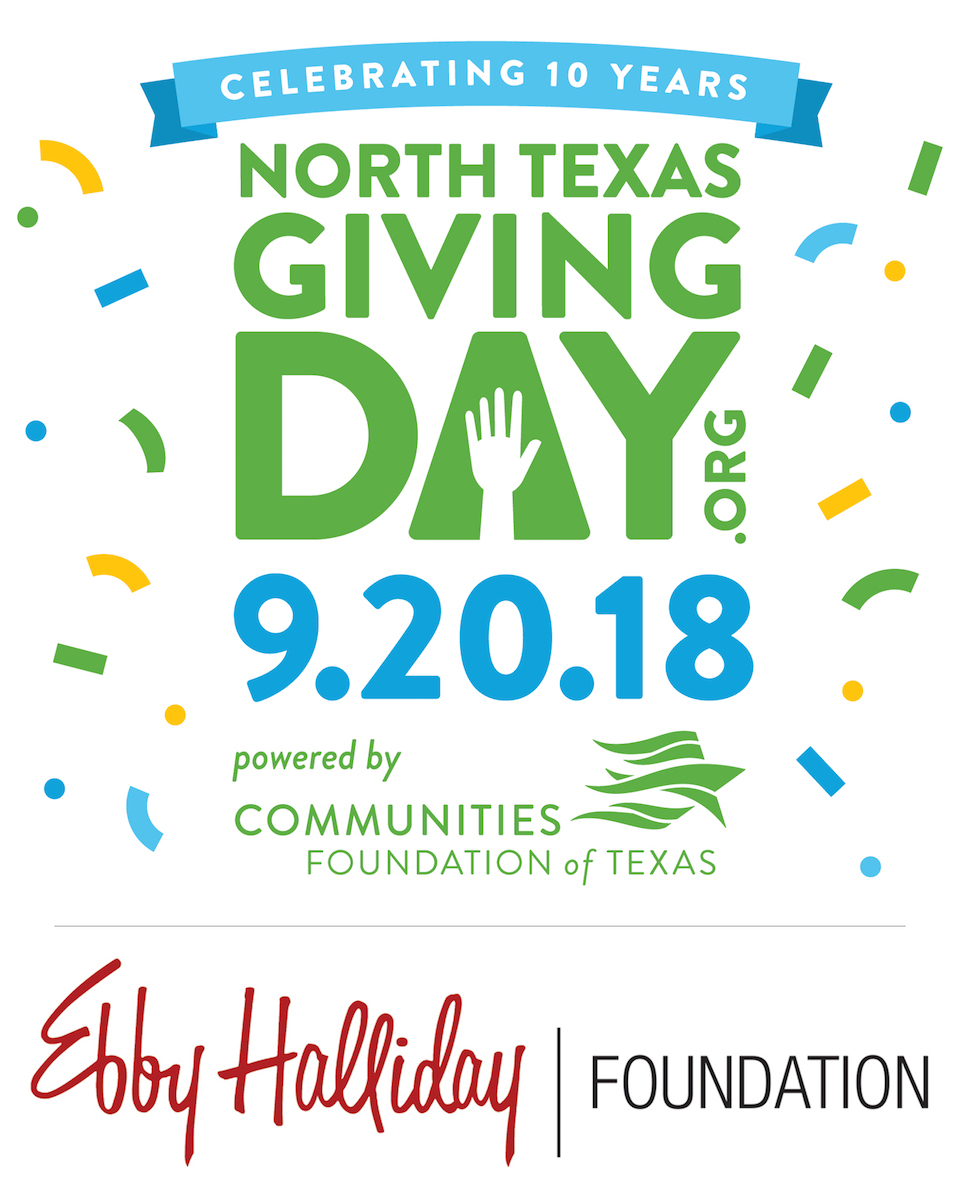 Ebby founded Ebby Halliday, REALTORS in 1945. The Dallas-based company, recently acquired by HomeServices of America, Inc., a Berkshire Hathaway affiliate, owns Dave Perry-Miller Real Estate, which has been a member of the Ebby Halliday Family of Companies for a decade.

The Ebby Halliday Foundation, a 501(c)(3) organization, supports charitable and educational activities that serve women and children in need across our region.

“Each of us who had the good fortune of knowing Ebby was touched by the grace, fortitude and compassion with which she lived her life,” says Mary Frances Burleson, president and chief executive officer of the Ebby Halliday Companies and a founding member of the board of directors of the Ebby Halliday Foundation. “Ebby had a very simple saying that she lived by, ‘Do something for someone every day.’ That small bit of wisdom served Ebby very, very well and has had a tremendous impact on many individuals and organizations in North Texas.”

Until midnight Thursday, September 20, you’re encouraged to donate to one or more of the over 2,000 certified nonprofits at NorthTexasGivingDay.org. To donate to the Ebby Halliday Foundation, click here.