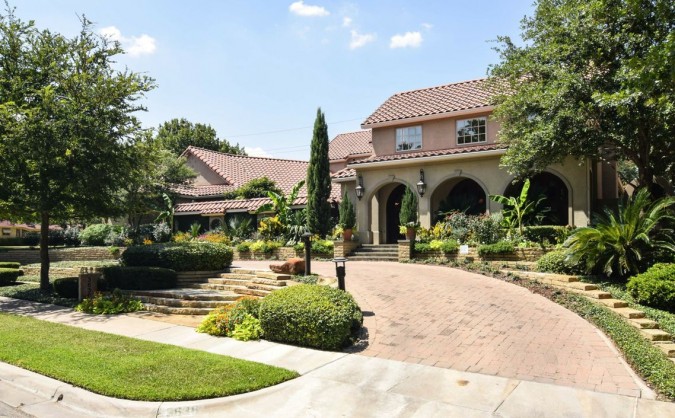 3636 Amherst Avenue is one of our newest homes for sale in Highland Park ISD.

Our friends at Park Cities People report that the Highland Park ISD Board of Trustees on Tuesday called a $361 million bond election for Nov. 3. That’s $3 million more than what was proposed by the district’s Facilities Committee back in June, but when you’re talking about hundreds of millions of dollars, what’s three million more, right?

If approved, the bond issue will allow the district to create a fifth elementary campus on land purchased from Northway Christian Church before razing and rebuilding three of its four existing elementary schools. The money will also go toward renovations and expansions at the intermediate school, the middle school, and the high school.

I’ve heard of no organized opposition to this $361 million proposal so far, but there is a precedent for such resistance in Highland Park ISD.

In 1992, a $35.45 million bond proposal was opposed by a group called Responsible Citizens for Education. Nonetheless, the package was approved (59 percent to 41 percent) in an election that saw a robust turnout of 28 percent.

Six years later, the district brought a $76.1 million bond issue to voters with plans to build a fifth elementary school plus make additions and improvements to other facilities. This one was opposed by two groups: the Park Cities Taxpayers Association and Park Cities Citizens for Responsible School Solutions. Voter turnout that time was a staggering 52 percent, and the proposal was soundly defeated (61 percent to 39 percent).

The district’s most recent bond election was a tame affair in 2008, when a $75.4 million proposal was approved in a landslide election (91 percent to 9 percent) with a paltry turnout: 9 percent.

I expect things to be a little more contentious this time around. Already, the conservative watchdog group Empower Texans is questioning the necessity and transparency of the $361 million proposal.