For their centennial anniversary this year, MetroTex is celebrating with tree planting events across DFW to show their “deep roots.” The kickoff was held January 21, 2017, at Moore Park in Dallas. Fifteen Dave Perry-Miller Real Estate agents were on hand for the event. Many of these agents from across the firm’s five Dallas offices (Highland Park, InTown, Lakewood, Park Cities and Preston Center) are serving/have served fellow real estate professionals — and ultimately the buyers and sellers who rely on them — in various leadership capacities with MetroTex.

To drive home the organization’s ongoing commitment to the community after 100 years of helping people find homes across North Texas, MetroTex will be planting 20 new trees in four locations and then handing out more than 100 trees at each event to the public. Not only do these events demonstrate the organization’s history in and gratitude for Dallas, they help bring greenery and cleaner air to the parks and greenspaces we all love and enjoy.

We appreciate their involvement and dedication to serving other REALTORS and ultimately all of North Texas in this way! 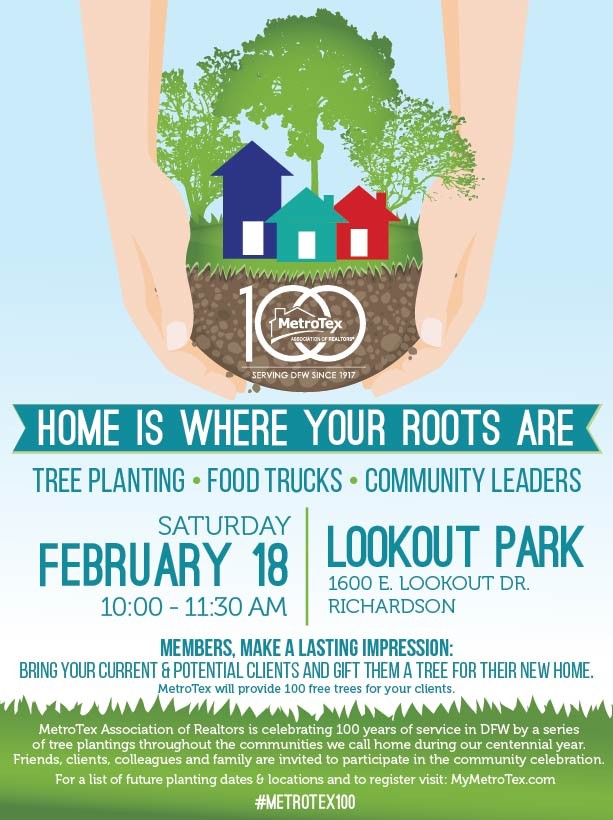 In North Texas alone, there are 18,000 people involved in all aspects of the real estate industry. Since that’s a pretty sizeable bunch, odds are you know at least one of them, right? Especially with the crazy-strong housing market we’ve had the last few years. “For Sale” signs are everywhere, and hundreds of new agents have gotten their licenses.

Like any reputable industry, these local real estate professionals look to a unifying umbrella organization to help them maintain and further their careers and interests. MetroTex Association of REALTORS® is this organization. They offer programs to advance agent development, lobby for both consumers and REALTORS in Austin, promote diversity within the field and more. Established in 1917, MetroTex represents the entire North Texas region as the area’s largest REALTOR association. It is the second largest Association of REALTORS in Texas, and fourth in the country!

Dave Perry-Miller Real Estate — both the brokerage and the individual agents who comprise it — not only benefits from the work MetroTex does, they contribute to it in many significant ways. This year, several agents across the five Dallas offices (Highland Park, InTown, Lakewood, Park Cities and Preston Center) are serving fellow real estate professionals — and ultimately the buyers and sellers who rely on them — in various leadership capacities. 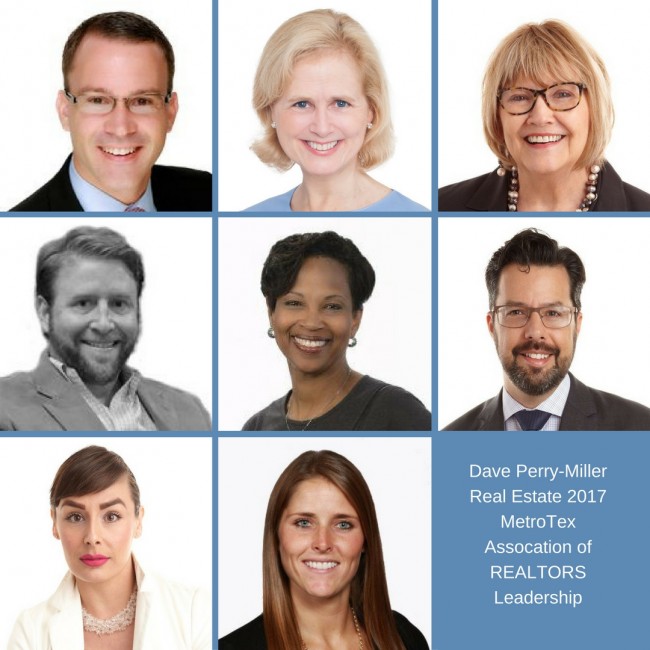 As President, James Martin has this to say about 2017:

“MetroTex is poised for an exceptional year — incidentally our Centennial — where anything is possible. We’re committed to our cities, members and clients, and with that in mind, we have many events planned. We are launching a four-part New Professionals Entrepreneur Breakfast Series geared toward professional development. We will also be holding five tree-planting community service events throughout the year, with the first to take place next month in South Dallas. Our goal is also to give away 100 trees, free to the communities we serve. Those are just a few examples.

Congratulations to all for making a difference in North Texas real estate!

Celebrating a year of accomplishments, the MetroTex Association of REALTORS recently announced the winners for each of its four prestigious annual industry awards at the MetroTex Annual Awards & Charity Event.

Kristin Smith, of Dave Perry-Miller Real Estate, was presented with the Lois Hair Bernays Award as the MetroTex Salesperson of Year. Kristin is incoming Vice-Chair for the MetroTex YPN Committee, and serves on the Budget & Finance Committee, and Co-Chair and Co-Founder of TAR YPN. She will be serving on the TAR Strategic Plan Committee in 2016. Kristin has served on the Social Media Advisory Committee, the Diversity Committee, and was a board member of NAR YPN. She is also Vice President of GALORE and was voted in the Top 50 for REALTOR Magazine’s 30 Under 30 issue. In the community, Kristin is the company coordinator for Ebby Halliday’s Special Olympics corporate challenge, and is a business partner of Promote Love. 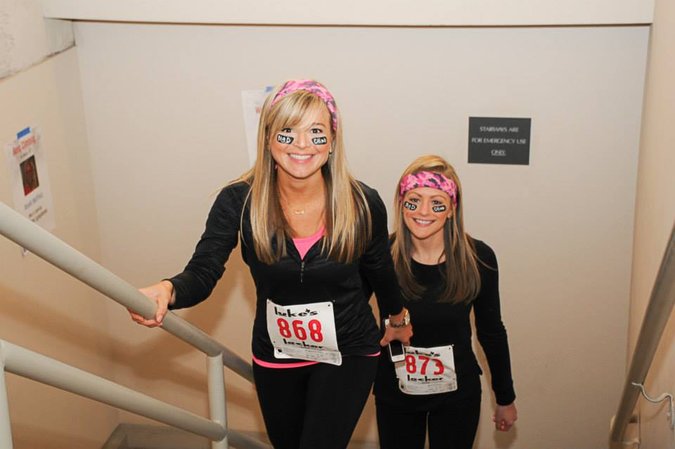 About 1,500 athletes took part in the Big D Climb on Saturday.

Most Americans consumed more than their fair share of calories on Super Bowl Sunday. But Dave Perry-Miller Real Estate agent James Martin burned off thousands of them the day before. 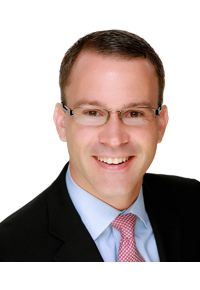 Last Saturday, Martin was among the 1,500 participants in the seventh annual Big D Climb. To raise funds for the Leukemia & Lymphona Society, they all ascended to the top of downtown’s Comerica Bank Tower. That’s a 58-story building, which amounts to 1,276 steps. Martin finished the feat in less than 20 minutes.

“It was a new experience and a lot of fun for a good cause” said Martin, who was recently installed as secretary/treasurer of the MetroTex Association of Realtors.

The climbers came in all shapes and sizes, as you can see if you peruse the event’s photos on Facebook. And just in case you’re not sure which skyscraper is the Comerica Bank Tower, it’s the tallest one on the right side of the photo below.

This morning’s sales meeting at our InTown office was a powerful affair. Not only were Dave Perry-Miller and Mary Frances Burleson, the CEO of the Ebby Halliday Companies, both in attendance, so were three of the four newly named officers of the MetroTex Association of Realtors.

The thing is, those three officers attend most InTown sales meetings, because all three of them work there. InTown office manager Becky Connatser is MetroTex’s 2014 president, so she will hold the title of immediate past president next year. Realtor Steve Habgood will ascend from vice president to president, and Realtor James Martin will assume the position of secretary/treasurer. (The other officer is vice president Russell Berry of Nathan Grace Real Estate.)

Becky told her team that having multiple MetroTex officers from one real estate company is unprecedented; having three out of four based in a single office is unheard of.

“It says a lot about the people involved, but also our company, that they would allow us to have that level of participation,” she said.

“MetroTex is very, very important to me, and it’s important to a lot of people in this room,” Becky said as she announced the new slate of officers. “Our local, state, and national associations not only help us, they help our property owners.”

Steve thanked Becky for her leadership at MetroTex and at the InTown office. The veteran Realtor said he’s never had a manager who was so inspiring, so supporting, and so encouraging.

“Those same skills as a manager translate to being a leader,” he said.

As a MetroTex leader, James will follow in the footsteps of his mother, Eloise Eriksson Martin, who was the association’s president in 2008.

“I’m looking forward to serving with this outstanding group of Realtors,” he said.