The forecast for Sunday is looking good. The Meyer Group of Dave Perry-Miller Real Estate thinks there’s a 99% chance you’ll be struck by the inspiration to move, if you follow their recommendation to visit the Bennett Avenue Townhouses on Sunday from 2 to 4pm.  (Not so coincidentally, looks like great open house weather that day, too.)

Developer Larkspur Capital Partners, LLC, is wrapping up construction on these single-family townhomes east of 75 off of Fitzhugh, and they are spectacular. Three of the six have been sold and only three remain.

“It’s an exciting time to get in on what’s happening around here,” Nadine Meyer says. “Larkspur has been key in casting vision for the area, and The Ivy, along with the Bennett Avenue Townhouses, are generating interest because these products have gorgeous architecture, unique open floor plans, superior interior finishes, green space, and close proximity to all Dallas has to offer.”

In addition, she adds, large apartment and retail developers are also moving dirt on multi-family and commercial space.

This week, Larkspur took yet more first steps — for their next project across the street from the Bennett Avenue Townhouses. Their demolition team took down some aging apartments there, with intent to help accommodate the demand for more high-quality, low-maintenance residences near Downtown. A variety of floorplans will be available with prices starting in the low $400Ks.  Larkspur has also recently started on The Quarter, an 18-unit contemporary townhouse development at 2280 N. Fitzhugh Avenue. Larkspur has over 60 units under construction in the Fitzhugh Avenue corridor with another 40 starting later this year.

Meyer and her team are the exclusive agents for Larkspur. For more information, please contact them at 214-585-9933 or meyergroup@daveperrymiller.com.  Larkspur’s projects can be viewed at www.larkspurcapital.com. Dave Perry-Miller Real Estate’s Meyer Group, which has a history of successfully marketing townhome developments, is proud to present its newest  opportunity for luxury living, Verona, where three-bedroom homes range in price from $399,900 to $449,900. Prospective buyers are invited to stop by between 1 and 3 p.m. on Sunday.

This stunning community in the heart of Las Colinas is nestled between the shores of Lake Carolyn and the trails of the Trinity River greenbelt. Conveniently located near State Highway 114, Verona’s townhomes are within walking distance of restaurants, jogging trails, and a DART light-rail station. 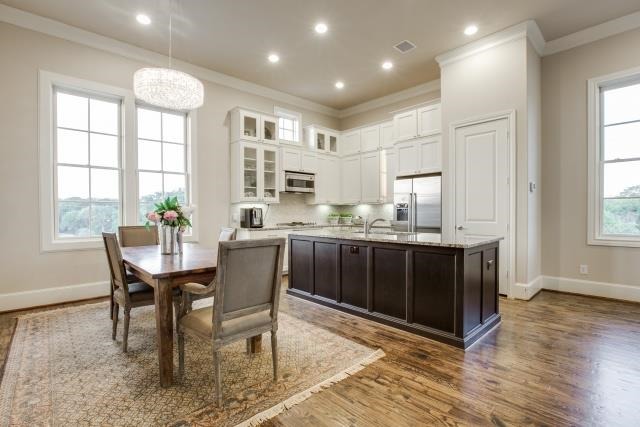 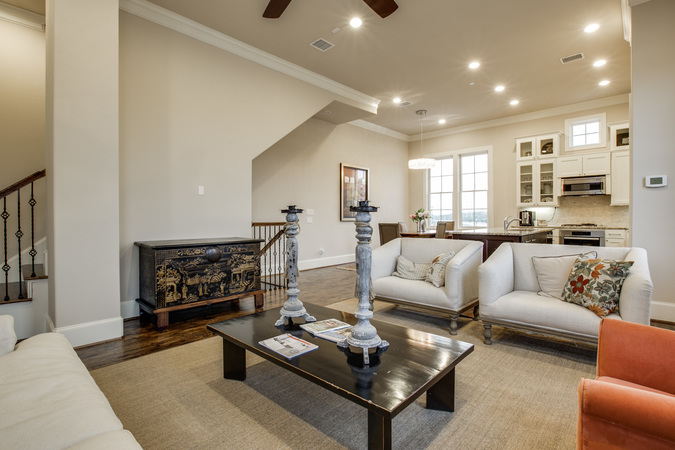 Each home is bright and airy, thanks to the neutral color palette, the 12-foot ceilings, and the natural light streaming in the 7-foot windows. Arched stone entryways and custom brickwork give way to open floor plans. Kitchens fit for a chef feature granite counters and Miele appliances. The master suites are spa-like, with sitting areas, soaking tubs, and glass-enclosed showers. Rooftop patios and cedar pergolas overlook the courtyard below and the lake beyond. 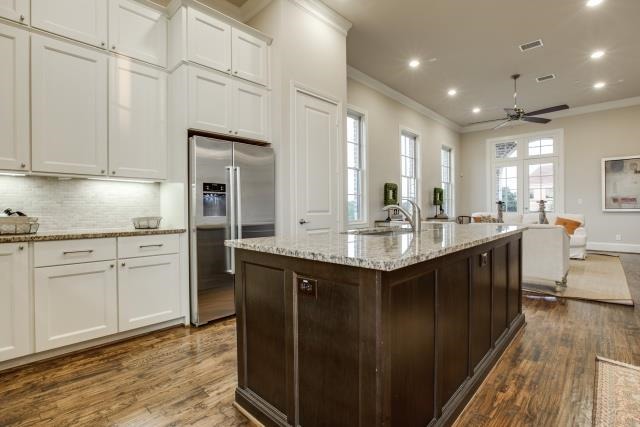 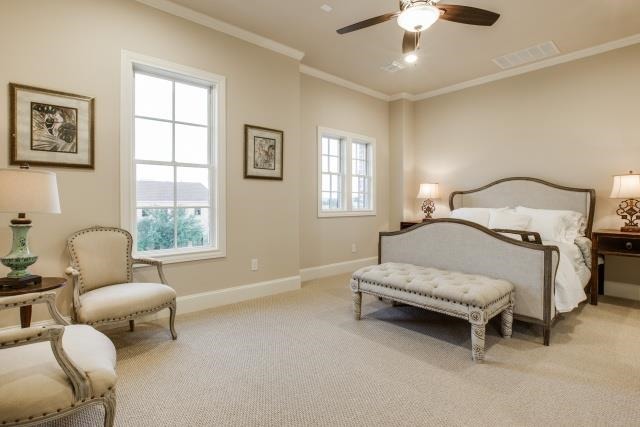 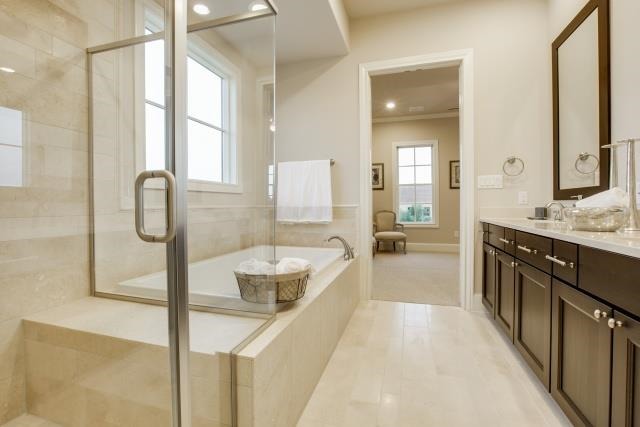 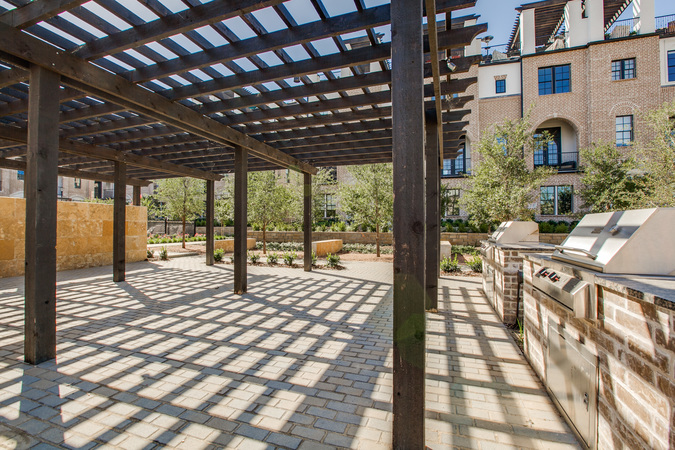 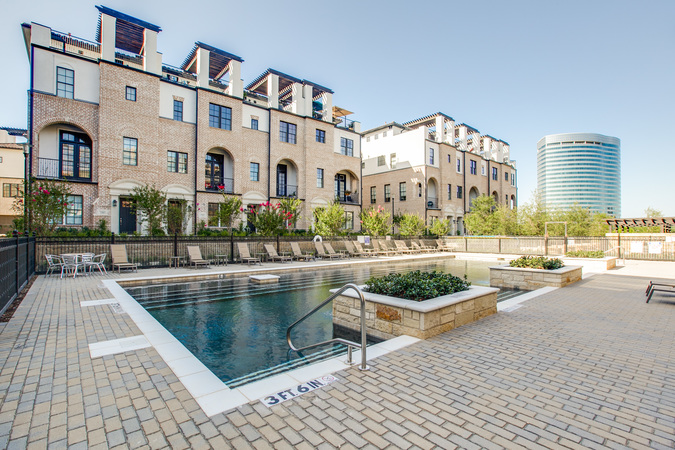 Verona was created by InTown Homes, whose principals started building luxury properties in 1980 and have established a reputation as one of Texas’ premier home developers. Founded in 2003, InTown Homes is dedicated to building environmentally friendly, high-performing homes that help reduce carbon footprints and utility bills.

To schedule a private showing of one or more Verona homes, contact Nadine Meyer at 214-235-6661 or nadine@daveperrymiller.com. Larkspur Development had a target audience in mind when its leaders envisioned The Ivy, its newest townhome community in East Dallas. As a firm that is in touch with the demand created by millennial buyers, they knew there was a growing population who had outgrown their Uptown apartments but were not yet willing to settle into a house.

“We’re going after sophisticated buyers who understand design and quality, want to live in the urban core without the hassle of a house, and prefer to build equity instead of pay rent,” said Larkspur managing partner Carl Anderson. 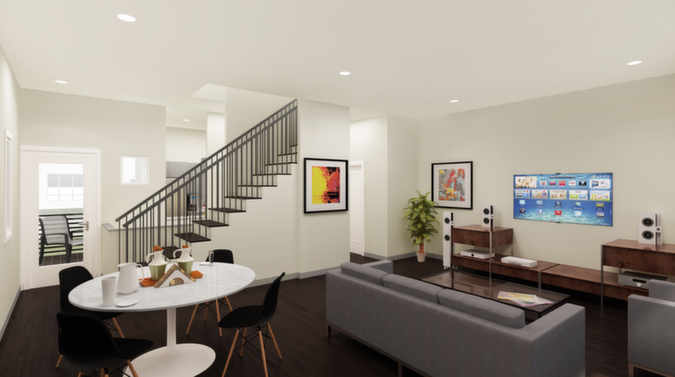 That sales success is no doubt due to the efforts of Dave Perry-Miller Real Estate’s Nadine Meyer. But it also has to do with the high quality of the townhomes produced by Larkspur.

The project was designed by Thomas Krähenbühl & Truett Roberts, with materials and amenities that outpace anything one could find in a high-end apartment or comparable townhome.

“Each of them feels like a home,” Meyer said. “They feel permanent, as opposed to some place you’re going to stay for a year or two.” Two- and three-bedroom floor plans are available with 1,676 square feet to 1,867 square feet. All of the townhouses boast two-car attached garages, private yards, large balconies with gas hookups, and vaulted ceilings up to 16 feet. Prices range from $354,900 to $386,900.

Larkspur recently broke ground for Phase II of The Ivy, and land was just acquired for an adjacent third project. All three developments are along Fitzhugh Avenue, a burgeoning thoroughfare that is becoming a hotbed of activity. DaLat, a restaurant that serves “Vietnamerican comfort food,” has received rave reviews, and it’s success has resulted in the owner opening ZaLat Pizza just a few doors down. Meanwhile, a CVS Pharmacy will soon start construction just steps from The Ivy, adding to the convenience of the townhomes’ location.

Prospective buyers can tour The Ivy from 2 to 4 p.m. on Sunday. For more information, contact Nadine Meyer at 214-235-6661 or nadine@daveperrymiller.com. Larkspur Development is also building six townhomes on Bennett Avenue, each with a private deck and terrace.

The Ivy, a new upscale gated community off of Fitzhugh Avenue in East Dallas, is being marketed by The Meyer Group in Dave Perry-Miller Real Estate’s InTown office. The architecture, unique floor plans, and superior interior finishes set these 34 contemporary townhomes apart.

The transformation of Fitzhugh is underway, following the revitalization of Henderson Avenue just a few blocks to the north. These units are sure to be snapped up soon, as will neighboring properties, so you’ll want to get in on the ground floor — literally and figuratively.

Two- and three-bedroom floor plans are available with 1,676 square feet of space or 1,867 square feet. The larger units are listed for $374,900, while the slightly smaller ones are listed for $354,900. All of the townhouses boast two-car attached garages, private yards, large balconies with gas hookups, and vaulted ceilings up to 16 feet.

The kitchens feature Caesarstone counters, and the bathrooms are finished in Carrara marble. All of the hardwood floors were custom stained, and the cabinets were custom built. Each home is green-build certified, using high-efficiency energy and water plus Milgard windows. Fixtures are by Kohler and Mirabelle.

To learn more about The Ivy, contact Nadine Meyer at 214-235-6661 or nadine@daveperrymiller.com.