In case you couldn’t tell by our ongoing affiliations with the Dallas Arboretum and Botanical Gardens, the Dallas Stars, the Dallas Art Fair, and the USA Film Festival, Dave Perry-Miller Real Estate is devoted to the Dallas’ arts and entertainment scene. We look for compelling opportunities to enhance the lives of our city’s citizens, even beyond that of our business clientele, and help to make those opportunities come to pass through financial contributions when it makes sense.

This month we’re pleased to partner with 1814 Magazine to bring a traveling exhibit of the works of Geof Kern entitled “Blue Skies” to Dallas. Kern,  born in Brooklyn, New York, in 1950, opened his first studio in Dallas in 1978 after graduating from Brooks Institute, the former photography school in Santa Barbara California.  His early career of fashion and editorial photography let to advertising assignments worldwide on a wide range of subject matter. Professional recognition came through editorial work for magazines such as Esquire, GQ, (the early) Detour, Beach Culture, and Rolling Stone.  With a career now spanning 40 years, Kern has photographed many award-winning campaigns for clients such as Bloomingdales New York, Selfridges London, Matsuda Tokyo, Neiman-Marcus, Mercedes France, Acura, Ford Europe, and Interface International. 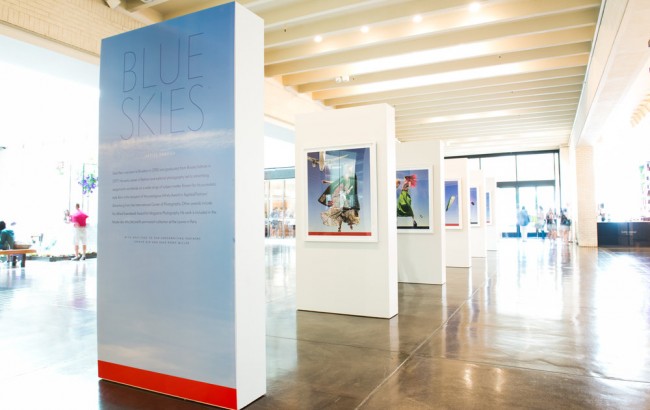 Kern’s hallmark style is creating images with strong contrast in scale and unexpected elements. Twelve 40×30″ giclee prints from the “Art of Fashion” campaign, which embody his style, will be on display at NorthPark Center in front of Neiman Marcus until the end of the month. 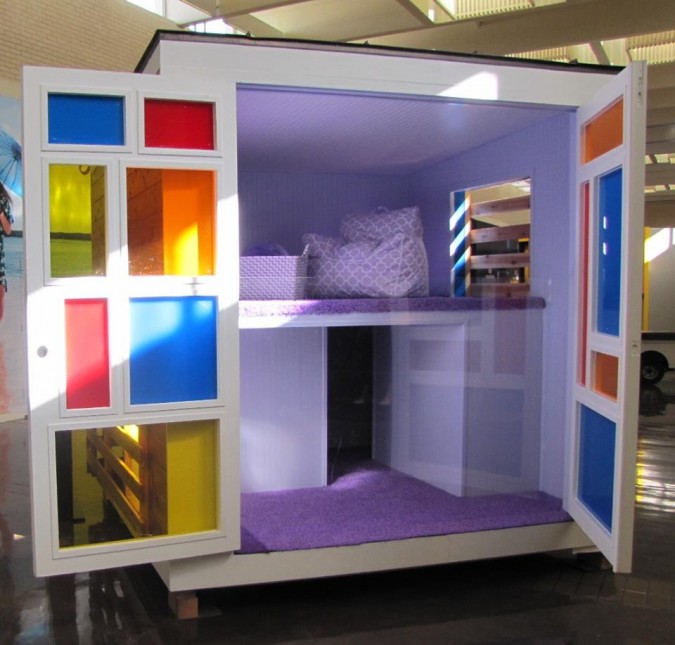 There’s no doubt that NorthPark Center is Dallas’ premiere shopping destination. And if you’re interested in living within a mile of the mall, we have plenty of available options, from multimillion-dollar estates to one-bedroom condos. But these days we’re more focused on the houses inside NorthPark.

The 20th annual Parade of Playhouses is in full swing, which means the mall’s corridors are filled with 16 unique and creative playhouses. Each one will be given away Sunday via raffle drawings that benefit Dallas CASA. The nonprofit organization recruits volunteers to advocate for the best interests of abused and neglected children, helping them find safe, permanent homes as quickly as possible.

Raffle tickets are $5 apiece, but you can get five of them for $20. Sales will continue at NorthPark through 3 o’clock on Sunday afternoon. 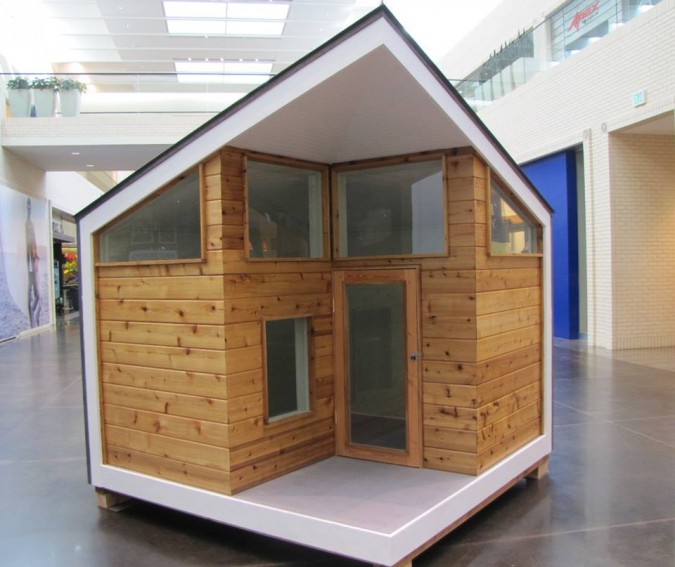 If you haven’t bought a raffle ticket for Dallas CASA’s Parade of Playhouses at NorthPark Center, you have until 3 p.m. on Sunday to remedy the situation.

The Parade of Playhouses is an annual fundraiser for Dallas CASA, which stands for Court Appointed Special Advocates. Generous corporations and sponsors build and donate the playhouses, which are raffled to raise funds so that Dallas CASA can provide more volunteer advocates to help abused children have safe, permanent homes.

Raffle tickets are $5 apiece, but $20 will get you five of them. My family and I used to spread our raffle tickets among five different houses, but for the past couple of years we’ve been playing the odds, i.e. setting our sights on one house in particular — such as this Texas Rangers model two years ago — and then putting all of our proverbial eggs in that basket. It hasn’t worked out for us so far, but this year we have our fingers crossed that we’re going to win a miniature version of the house from Pixar’s Up. So if you could place all of your raffle tickets in a different house’s box, my sons and I would really appreciate it.

What’s that? You’ve never seen Up? Well, grab some tissues before you watch this pivotal four-minute segment from early in the film.