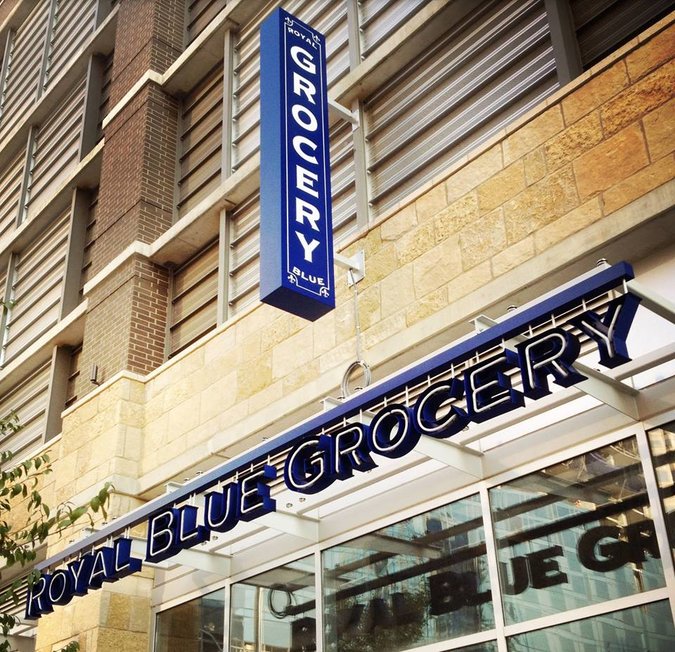 There was much wailing and gnashing of teeth last year when Tom Thumb announced it would be leaving Highland Park Village. Consequently, many people who own homes in Highland Park were overjoyed when they learned that Royal Blue Grocery’s first Dallas location is scheduled to open in July.

The Royal Blue website describes the Austin-based chain as a “compact urban market,” with “compact” being the key word. The Highland Park Village store, which will face Preston Road just south of Anthropologie, is supposed to be 5,500 square feet. That’s less than a third of the size of the Village’s Tom Thumb.

Royal Blue’s site also says “each store is different from the next, tailored to the neighborhood it serves and the people who frequent it every day.” That should be good news for Village patrons such as Dave Perry-Miller Real Estate agent Jane Gordon, who has already told investors which groceries she hopes to see in the store.

“Those of us Highland Park residents who used the Tom Thumb are still in withdrawal,” Gordon said, “and we’re anxiously awaiting the opening of Royal Blue.”